Once again, my limited number of free hours has caused my latest posting to be a long time in coming.  Once an idea for a post has formed itself in my mind, I find myself mentally drafting it in bits and pieces in my mind before I actually get a chance to sit down at the keyboard and put something together.  Often it is written over the course of several days, resulting in posts that are disjointed and not written to the standard to which I would normally attempt to achieve.

This posting is the result of a road trip Emily and I took on Sunday, May 7.  Having a rare mutual day off together and — even rarer — no concrete plans, we decided to take the day and set off along the Forestry Trunk Road from the point where it meets Highway 1A west of Cochrane up to the former mining town of Nordegg. 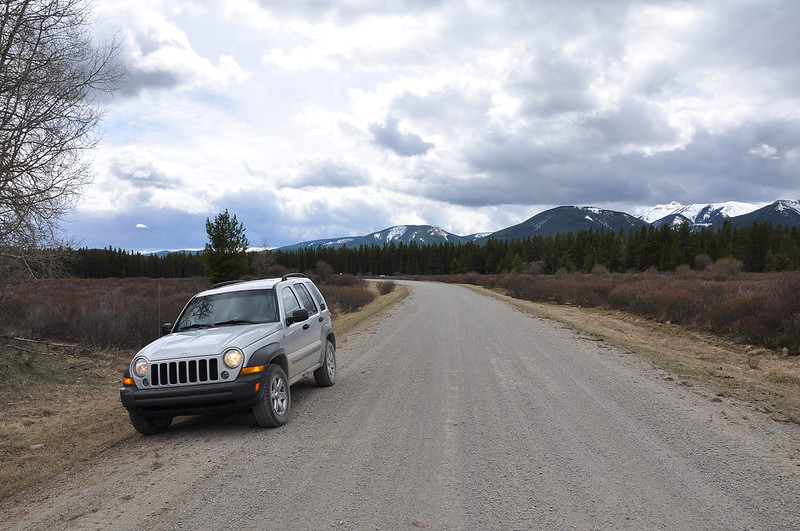 The weather was cloudy and we would encounter several minor rain and snow showers along the southern part of the road.  As we worked northwards, the sun began to shine through occasionally and it ended up being a very pleasant day.

We made a couple of stops along the way.  The first was near Mountain Aire Lodge.  I had to take advantage of a break in the precipitation to capture some drone footage of the bridge, a building hanging over the edge of the river bank (obviously a remnant of the floods of 2013), as well as a herd of wild/feral horses on the ridge above us.

Further along, we stopped at Ram Falls Provincial Park, which became our mid-afternoon lunch break.  Ram Falls offers a wonderful short walk down several flights of stairs to a lookout in the canyon.  We even were greeted by some local wildlife which posed nicely on the cliffside for some photos. 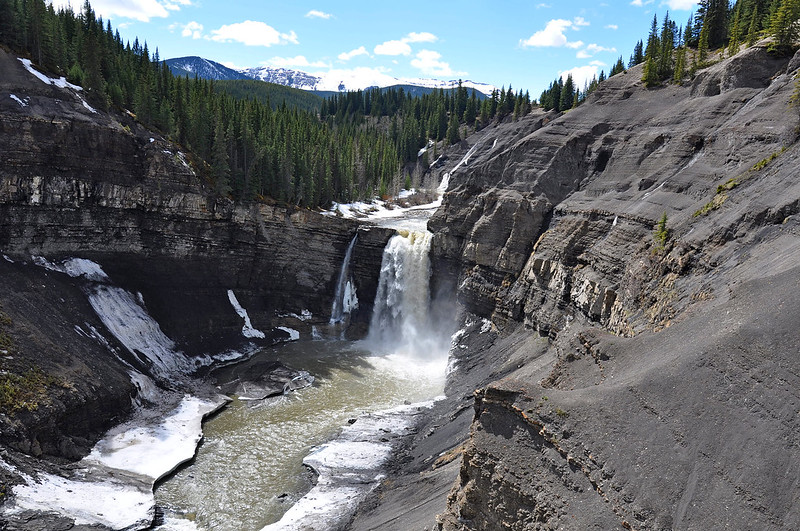 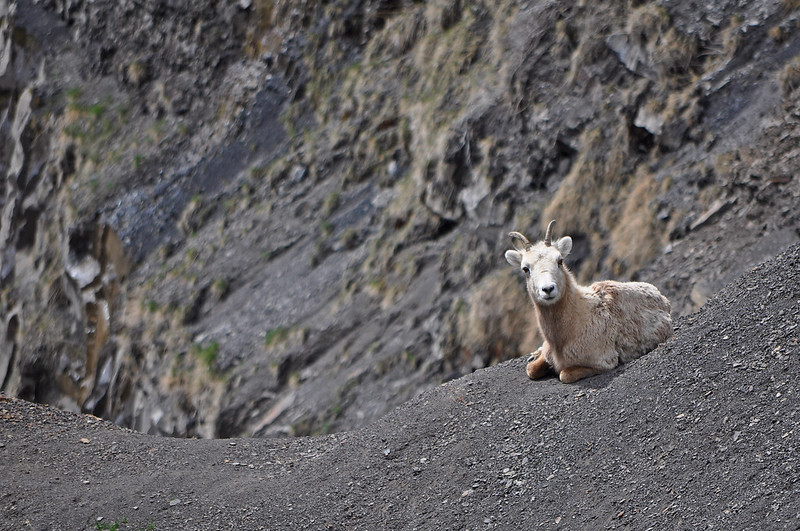 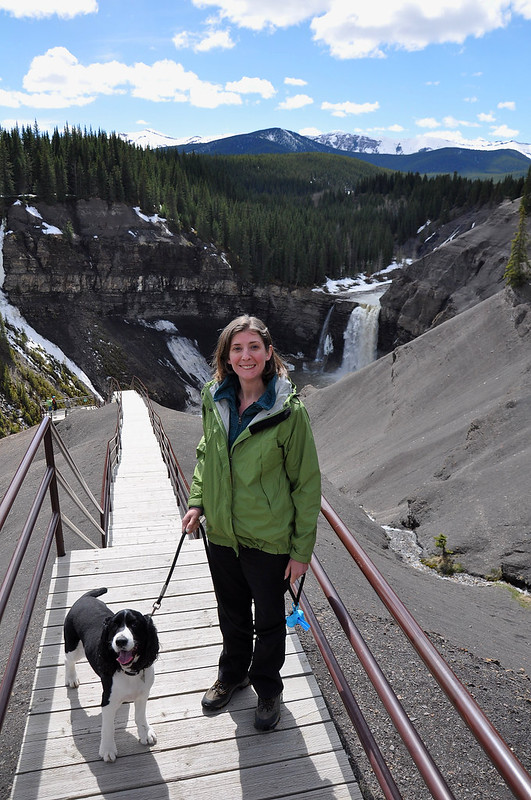 Emily and Tucker at Ram Falls

We would make one more quick stop at the spot where the Forestry Trunk Road crosses the North Saskatchewan River.  Again, this was mainly so I could bring the drone out and shoot some more footage.  I’m slowly gaining confidence in flying it over water, which likely means one day it will end up at the bottom of a lake or something. 😦

After several hours of driving, we finally pulled into Nordegg.  We knew we were too early in the season to do a tour of the old mine site, but we were OK with that because trying to drive the scenic route to Nordegg AND do a tour would be too much to accomplish in one day.

I was lucky enough to do the tour back in July of 2002 but I am very interested to see in what has changed over those 15 years.  During that visit I only had my digital camcorder for taking still photos and the quality of those images is horrible.

The last time I had been to Nordegg was in August of 2014.  I was sad to see that the old hotel, which had been so prominent on my previous visit, was now completely gone with no evidence of its existence remaining. 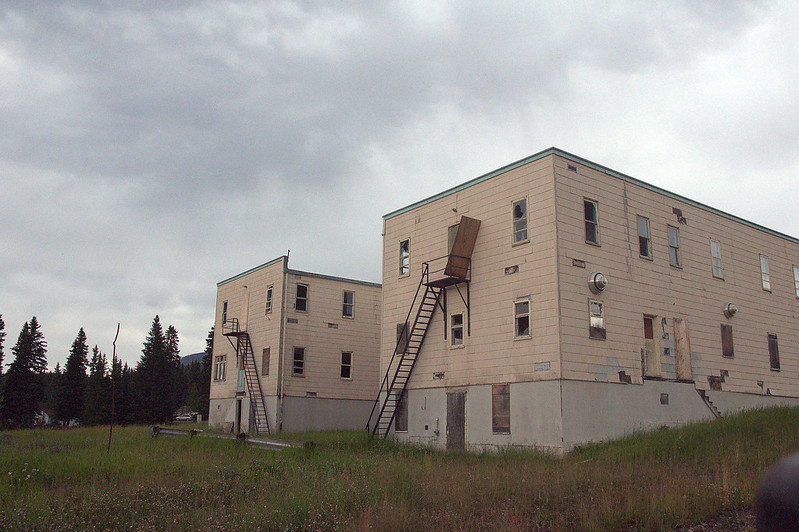 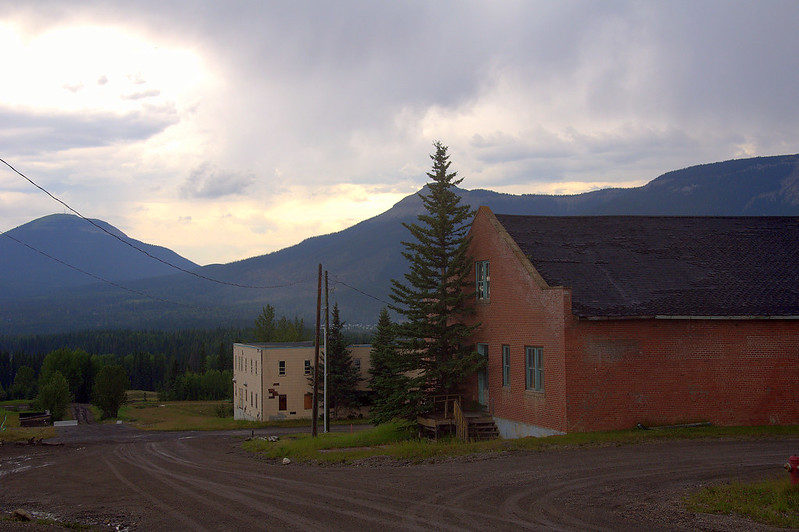 I haven’t had the chance to put together any drone footage from Nordegg yet, but will try and get to it during the next week or so.  After today I am working the late shift, which usually means I get an hour or so each morning to work on my recreational products and getting that video complete is going to be a priority for me.

6 Responses to Trip to Nordegg