UPDATED October 2021:  We were driving home from Saskatoon and as we drove Chinook we noticed that it appears a section of the roof of the Cooley Brothers garage has collapsed.  This is a very bad sign for the future of this building which was already just hanging on by a thread.  We didn’t have time to stop but a return visit to this treasure is in order. – Dan 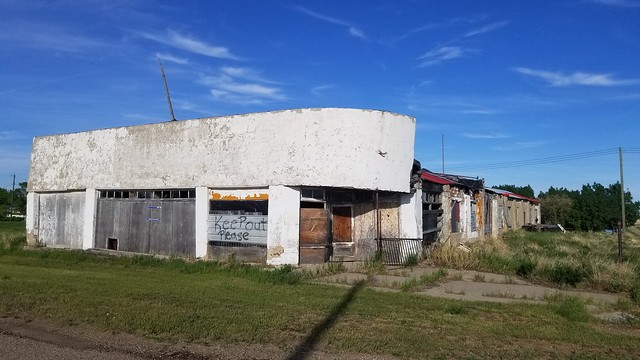