A Quick Stop in Cereal, Alberta

Another stop on our way home from Saskatoon along Highway 9 was Cereal, Alberta.  I first visited Cereal in April of 2007 while doing some Geocaching.  I remember being quite impressed with the town.

I’m not sure how I started digging into Cereal over the weekend while in Saskatoon, but I somehow managed to stumble across their Facebook page.  On that page I came across a photo of Main Street taken in 1928.  I thought it might be fun to stop in Cereal on our way home and see if I could find where the photo was taken from.

It wasn’t that hard, given how small the town was/is.  Some of the comments made mention about the house on the far left of the photo, referring to it as “the Haines house”.  The impression I got from the comments was that this house still existed and, sure enough, as we were heading south out of town I soon spotted it. 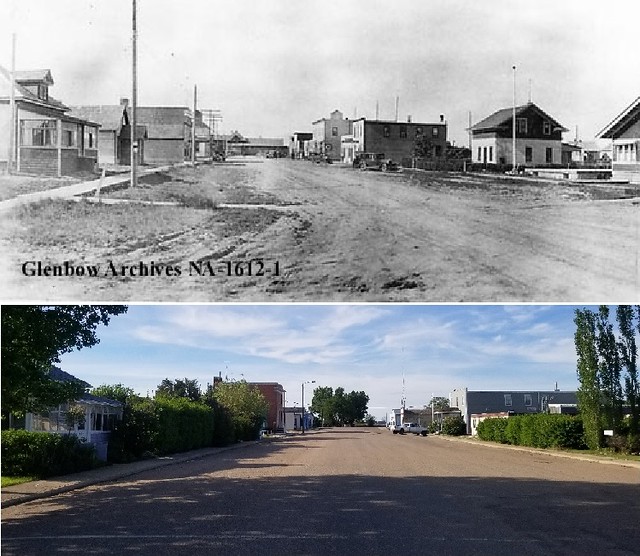 I didn’t have a printed version of the photo so I had to bring it up on my phone, make note of a couple of key points, then go back to my camera app and try and line up the shot.  It’s not perfect by any means, but it is close enough.

The image is taken looking north.  On the far left, now obscured by trees and bushes, is the aforementioned Haines house.  Slightly further down the street is a two-story brick building, likely the bank.  On the right/east side of the street, the old hotel still stands, although it clear has been renovated more than once and appears to have had an addition put on the back.

The most notable absences are at the far north end of Main Street.  Where the train station once stood flanked by two grain elevators (the one on the east/left mostly visible while only the cupola of the western-most one is visible over one of the buildings), today stands a small park with a miniature grain elevator commemorating what was once there.  The Cereal railway station still exists, but it has been moved to the western edge of town and is now the main building housing the Cereal Prairie Pioneer Museum.

When compared to many of the other towns along the Highway 9 corridor (such as Stanmore, Chinook,  Richdale), Cereal seems to actually be doing quite well.  There is a ball diamond and rodeo grounds and, of course, the museum.  We think there is enough to see and do in the area to warrant a future weekend trip to the area — we really want to tour that museum! 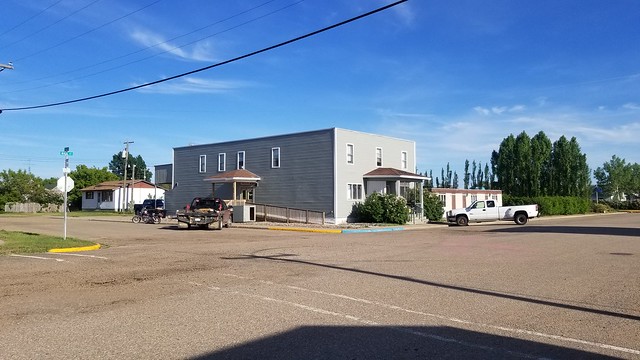 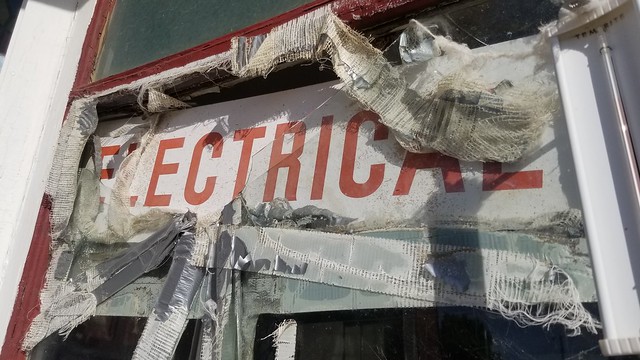 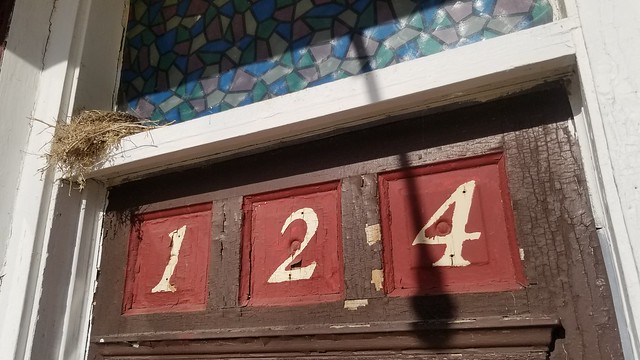 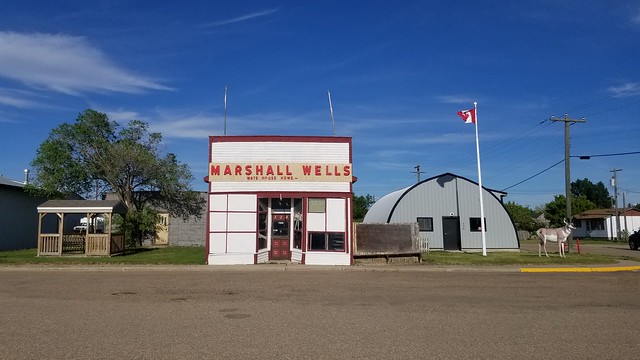