page. They are associated with a particular location and may also be bound by time.” 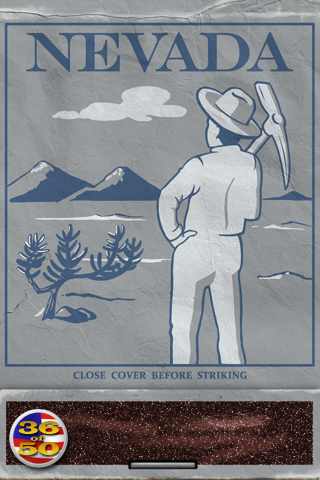 Sitting in the basement of the Regal Beagle pub during one of the original “Beer n Ribs” events back in 2006, I remember overhearing someone make a simple comment:  “Geocaching on the Vegas strip is incredible — the whole place is like one big Virtual cache!”  Hey, sounds good to me so let’s go to Vegas!

That Christmas I bought two plane tickets to Las Vegas, booked a room at the historic Boulder City Hotel and made plans for a mid-January four day weekend in the Nevada desert .  We flew out after work on a Wednesday and the next day started caching.

Nevada was just the second US state I Geocached in.  I’m not sure if this trip provided the spark for caching in as many different states as possible or not, but it certainly would become a bit of an obsession over the next few years.

The first Nevada cache was DAM RAILROAD cache (GC1496).  I saw it show up on my old Garmin GPSMap 60C, which we were using for both Geocaching and on-road navigation at the time.  I pulled the rental Chrysler Sebring over to the side of the highway and walked about 200m to the cache which was easy to spot under a pile of rocks.  After a careful poke around to check for scorpions and other desert creepy-crawly creatures I soon had Find #572 in the bank.

We spent very little time in Vegas itself on that trip, instead focused on caching the surrounding area.  We would find an additional 38 caches that weekend and really enjoy the Nevada desert, especially considering we have left the Canadian January weather behind us.

As for the cache which officially earned me the Nevada souvenir?  Well, as of today it is still going strong and has been found 1380 times and has earned 45 Favorite points.  The cache owner (Pharmacache) appears to have gone dormant though — the account hasn’t logged onto the Geocaching site in more than a year and hasn’t logged a Find since the summer of 2007.

This entry was posted in Geocaching. Bookmark the permalink.