I think after five years I can officially call it a tradition.  Each year, on the weekend after Labour Day, I make the trip to Saskatchewan to attend the Threshing Bee at the Sukanen Ship Pioneer Village and Museum just south of Moose Jaw.  I call it the unofficial end to my summer.

The tradition has grown and changed over those five years.  For the first four years, the tradition involved tenting at Besant Campground near Mortlach.  Besant is one of my favorite campgrounds, having first opened in 1963 as part of the TransCanada Highway project.  It remains a delightful throwback but we decided to park our trailer on the museum grounds this year and save some commuting time.

Another change has been in the company I keep.  My first three years I made the trip with only Tucker the Dog in tow because Emily was still living stateside.  Now with that immigration process a distant memory, she has joined me the last two years.

My role has changed over the last five years as well.  My first year I was a regular attendee, in the second year I was recruited to drive Dean Redman’s 1953 Bickle-Seagrave in the parade, and that has now evolved into being a full-fledged volunteer and working as part of the safety crew, patrolling the grounds and keeping the public far enough away from the threshing and other live demos.

“The Sukanen”, as it is often called, has had the Threshing Bee tradition much longer.  It can be traced back to the very first year the museum opened in 1969.  What started as a single building where the local car enthusiasts displayed their collections has since grown into a full-fledged village with many buildings moved in from neighboring towns where they are preserved and opened up with displays.

When it comes to vehicles, the museum is an eclectic mix of tractors, cars, trucks, fire apparatus, and farm implements — all in various states ranging from derelict to completely restored.  That crazy mix is what keeps us coming back because every time we visit we find something we hadn’t seen before. 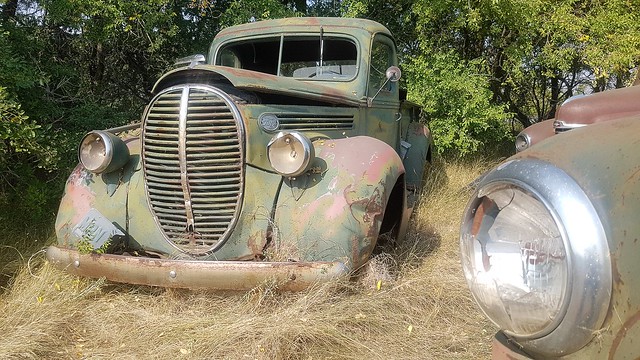 Each morning at 08:00, the day kicks off with a pancake breakfast.  The display buildings open at 09:00 and things really get rolling from there.

This year’s schedule of events was a little different because the parade was broken into two sections, the tractors in the morning and the other vehicles in the afternoon.  This was a welcome change as many times there were too many vehicles and not enough drivers so people would have to complete the parade, jump off one tractor and then on to another and then go through the parade again.  As well, with so many vehicles the parade would often take a long time to complete and by breaking it up it makes it easier to sit through.

In addition to the two parades, each day features field demonstrations where the old machinery is actually put to work and is used to harvest the crop.  Once the crop has been cut, the threshing demos take place.  And, the last big event of the day is the antique tractor pull where the owners get the chance to have some fun and see how far they can pull the 8000lb sled. 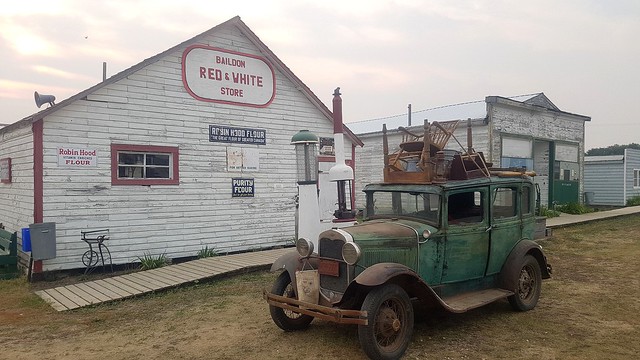 Throughout the day other activities are taking place.  You can catch the “people mover” and be pulled around on a horse-drawn wagon.  There are blacksmithing and rope making demonstrations taking place all day.  A new addition this year was the carnival area where three vintage thrill rides were brought in for the kids — well, they say for the kids but there were plenty of adults waiting to take their turns too. 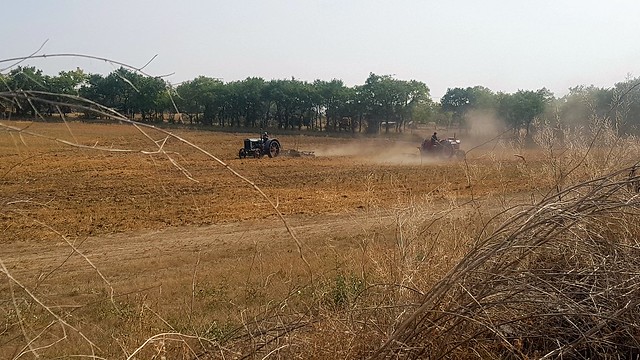 This field was plowed during the 2016 field demonstrations.  This year it was being disked as part of an ongoing demo of how prairie grassland was converted to farmland. 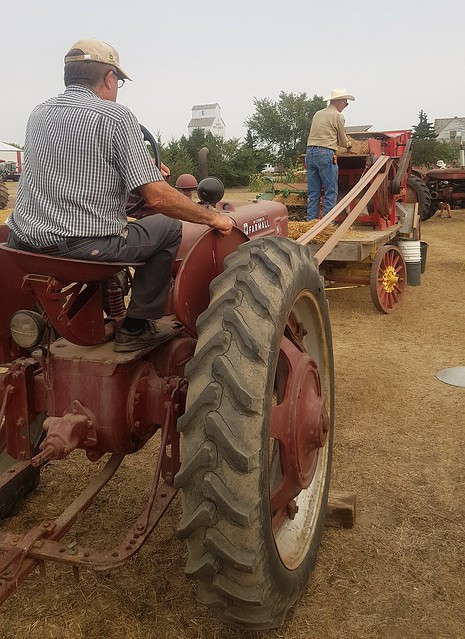 I often call Threshing Bee weekend “DanOCan’s Christmas” because I look forward to it so much.  We try and vary the route out a bit every year so we get to visit some different towns along the way, and it gives us a chance to catch up with many of our Saskatchewan friends we don’t get to see very often.

It’s a perfect end to the summer season.