We Knew Little of New Norway

For our next visit we’re going to move a little further north up Highway 21 from Ferintosh to the village of New Norway.  New Norway has a population of less than 300 people but has a lot of interesting old buildings and was quite fun to drive around and explore. 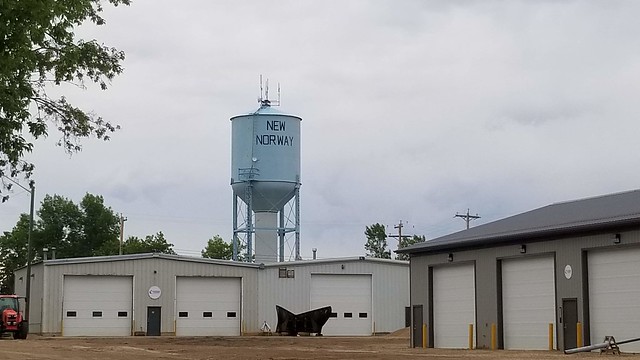 New Norway achieved village status on May 31, 1910, although the post office bearing that name was established as early as 1903.  The name was apparently in common use going back even earlier to 1895.  There really isn’t a creative story behind the name.  The Olstad family arrived in Wetaskiwin and purchased some homesteads south of that area.  Many other families of Norwegian descent settled in the area with them and hence the name.

New Norway dropped from village to hamlet status in 2012.

The building which is most eye-catching is the Bethesda Lutheran Church.  It was built in 1910 and the steeple stands tall above the town, rivaled only by the water tower. It was hard to get a nice shot of it because of all the power lines which ran through our shots. 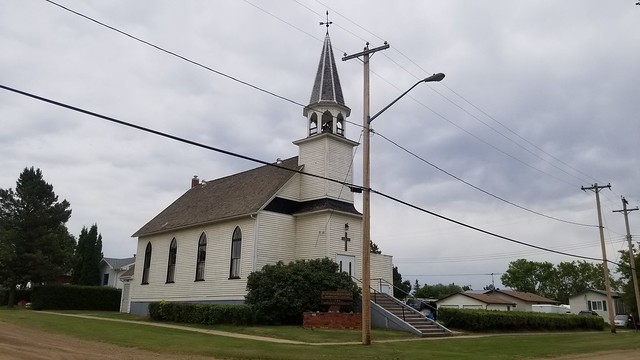 Bethesda Lutheran Church was built in 1910 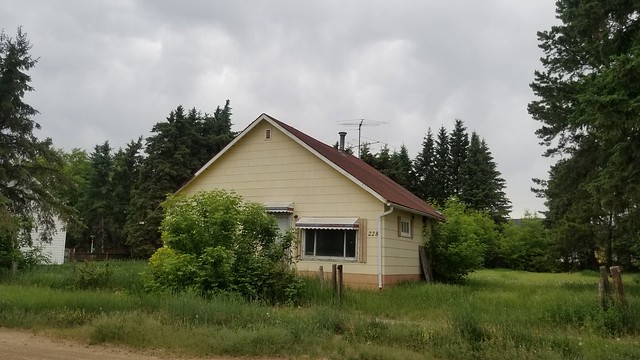 One of the houses which appears to be unoccupied 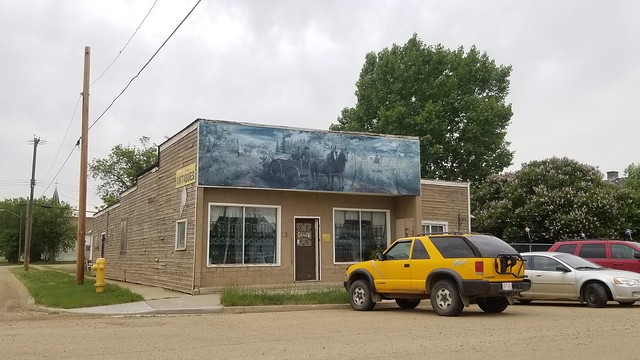 The building has a beautiful mural painted on the front 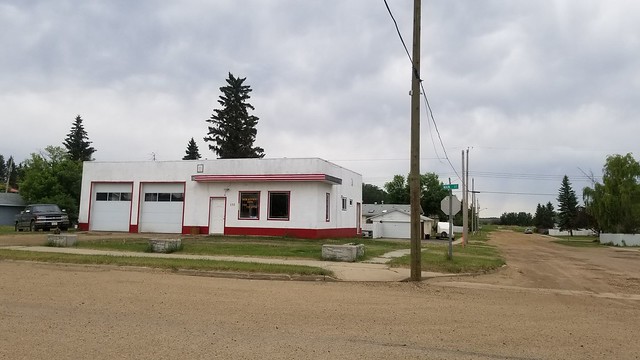 Service stations of this vintage are always a favorite of mine 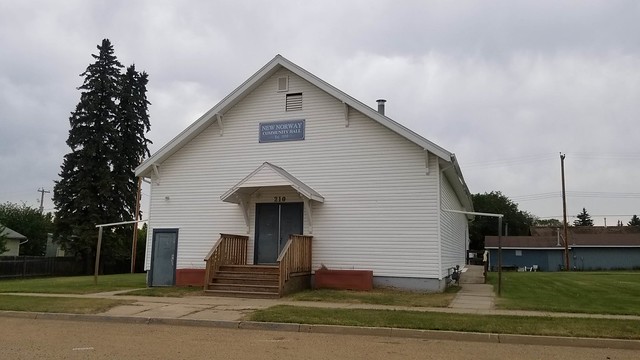 The Community Centre dates from 1939

Not much to say on this one. We were just passing through and grabbed some shots so we didn’t spend much time in the town. Neither of us had been here before so this was a bit of a voyage of discover for us. No goals other than see some things we had never seen before.