If you have ever driven Alberta Highway 9 / Saskacthewan Highway 7 between Calgary and Saskatoon, you likely have noticed the large white object which sits just north of the highway right on the border between the two provinces. If you are curious like me, you may have even driven up to the gates only to discover chainlink fences topped with razor wire and signs warning you to stay away.

Nicknamed by many as “the giant golf ball”, it is formally known as the Alsask Radar Dome and it was an active military installation up until 1987. 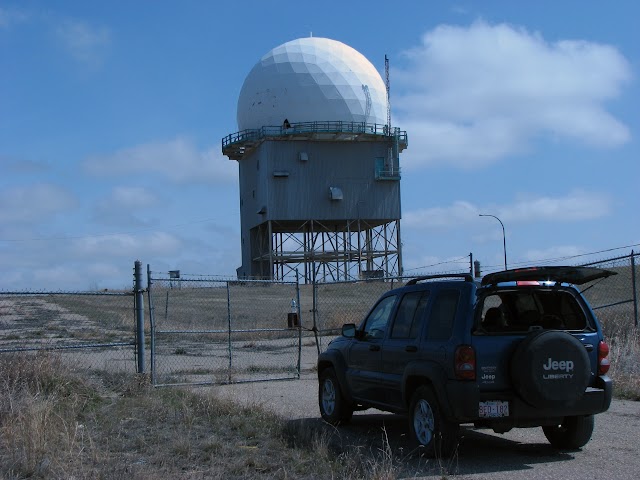 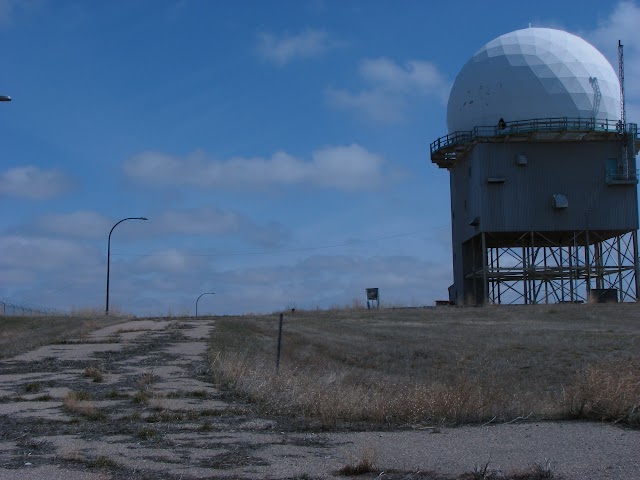 The above images were taken in April of 2007

If you grew up in the Cold War era like I did, you will remember learning about Canada’s role in protecting the United States from a Soviet attack. It was well known that if an attack were launched on the United States, the most likely route would come over the north part of the globe, putting Canada right in the middle of two superpowers.

Part of the defence was a series of three lines of radar stations, designed to sound the alarm should an attack be detected. The northernmost of the these lines (and I would dare say the most well-known) was the Distant Early Warning (DEW) line. Further to the south was the Mid-Canada line and the southernmost was the Pinetree line. The Alsask Radar Dome was part of the Pinetree line.

Construction of the Alsask Radar Dome started in 1961. It went into operation two years later in 1963 and remained functional up until 1987. At that point it was essentially abandoned and left to the elements and the vandals.

In 2018, the property was acquired by the Canadian Civil Defence Museum and Archives. They have been working ever since to secure, clean up, and restore the site. We received notice back in the Spring about some upcoming tours of the site but those were delayed thanks to the Covid-19 pandemic. Last weekend we finally got to go inside and check it out for ourselves.

Of course, we also would like to use this opportunity to highlight some content from friends of our blog who previously published content on this subject:

The Soviet Threat, a documentary by The Cache Project: