After leaving Dickson, our small group headed northeast towards the town of Markerville.

Markerville was named for C.P. Marker who was the territorial dairy commissioner.  The first post office under the Markerville name opened in 1902, but the history of the settlement goes back a bit further.  In 1888, twelve families from the Dakota Territory settled in the area.  At that time, the post office was named Tindastoll.1

It is fitting that C.P. Marker was the dairy commissioner because today Markerville is known for its creamery museum. The building housing the museum operated as a creamery for seventy years, from 1902 – 1972. It was owned by the Tindasoll Butter and Cheese Manufacturing Association.

Today the creamery building has been restored to its 1932 appearance.  A small ice cream shop operates in the front of the building while the museum portion houses much of the original equipment used in the preparation of butter and cream.  Admission is charged for visiting the museum. 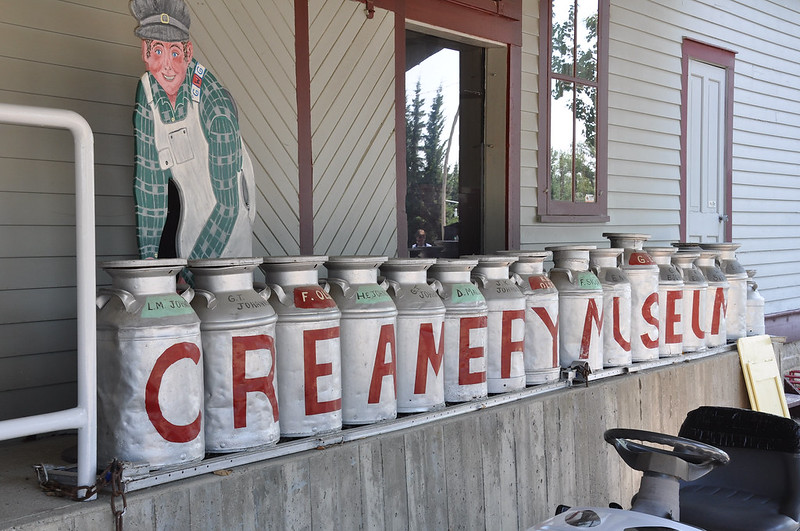 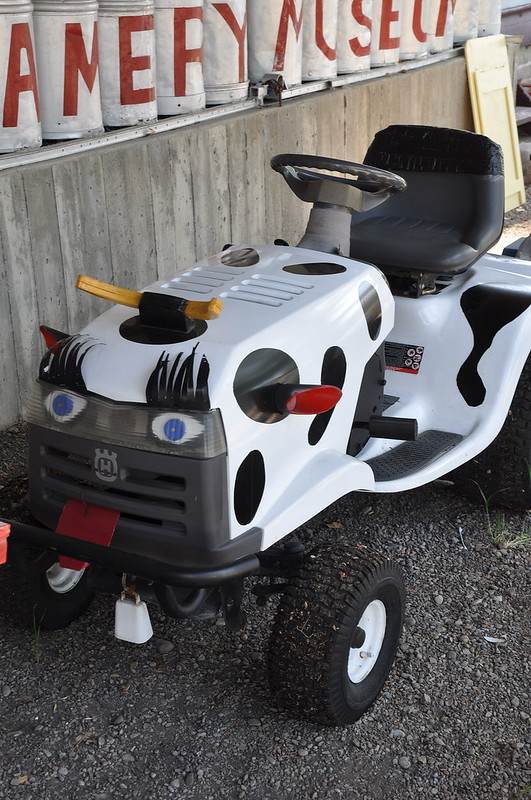 Everyone should have a riding tractor that looks like a cow

It is not a large museum and does not take much time to tour.  However, this doesn’t mean it isn’t an interesting place to stop for a visit.  The displays are very professional and informative and they open your eyes to a part of our province’s history that doesn’t get all that much attention.

We opted for the self-guided tour, purely in the interest of time.  I’m sure a guided tour would go into much more detail and make for a more in-depth visit.  Unfortunately, we still had some more places to visit so time was a factor for us. 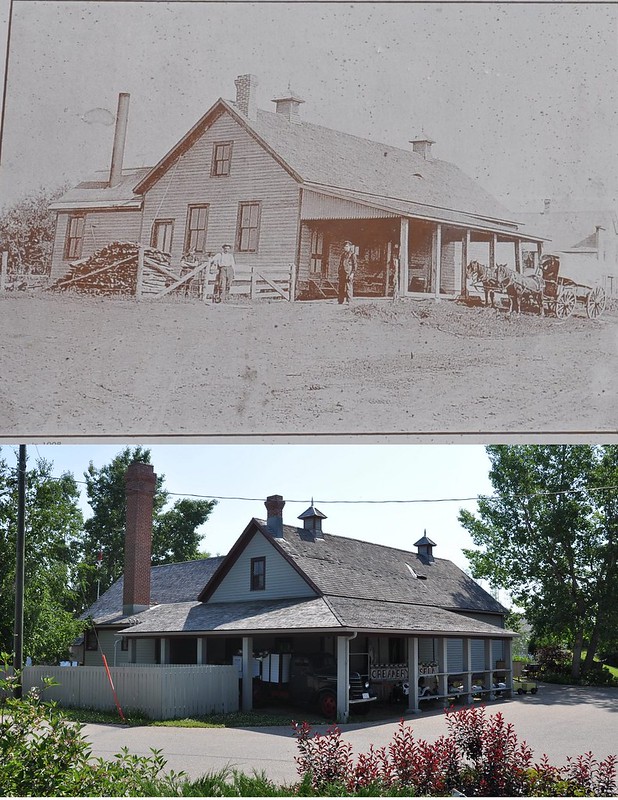 Markerville itself is also a very picturesque little town.  Whether it is the bridge over the river, the large creamery can “monument” on the side of the road, or the 1907 Lutheran Church, there is more here for the fan of history than just the museum.  Get off the highway and check out Historic Markerville.  I’m glad we took the time to visit, 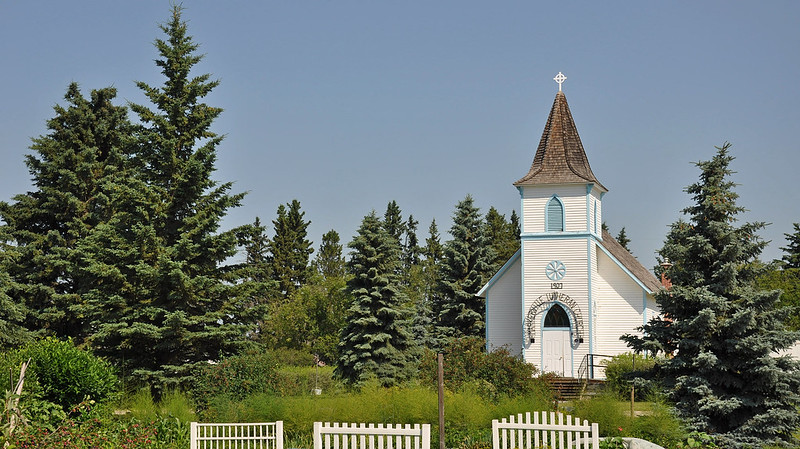