Our next stop on the Central Alberta Museum Tour saw us make a short ten minute drive north out of Markerville to the Stephansson House Provincial Historic Site.  I had originally thought about combining this post with the Markerville Creamery, but felt that would be doing a disservice to this location.

Now, I’m going to make a confession here.  I knew nothing of Stephan G. Stephansson nor his poetry.  I was here purely because of the historic house and to learn a bit more about the man behind it.

Stephansson moved from his native Iceland in 1873 and, after stops in Wisconsin and North Dakota, eventually settled in the Markerville area here in Alberta in 1889.  This is where he built a one-room log cabin which would undergo several expansions and renovations and eventually be built into the house we see today. 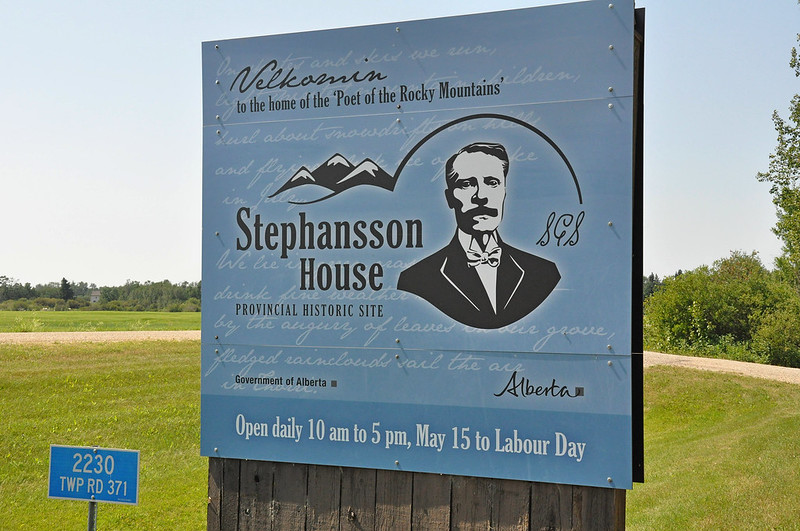 When first arriving at the site, the house is hidden behind the trees and not visible from the parking area.  What you do see are some picnic tables, some washrooms, and a display which outlines the history of Stephansson and the house.  It is only after walking a short distance down the path you emerge into an opening and finally get your first glimpse of the house itself. 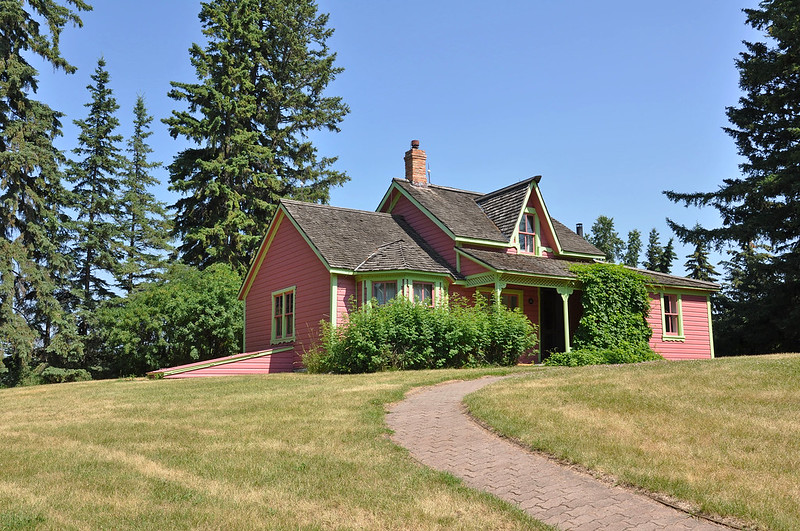 Restored to its 1927 appearance, the house is tiny by today’s standards yet must have seemed like quite a palace on the prairies by the time the final addition was made in 1906.

Emerging from the picnic area, through the trees, and into the house area really does create a sense of stepping backwards in time, especially when you reach the house and are greeted by the interpreters in full period costume. 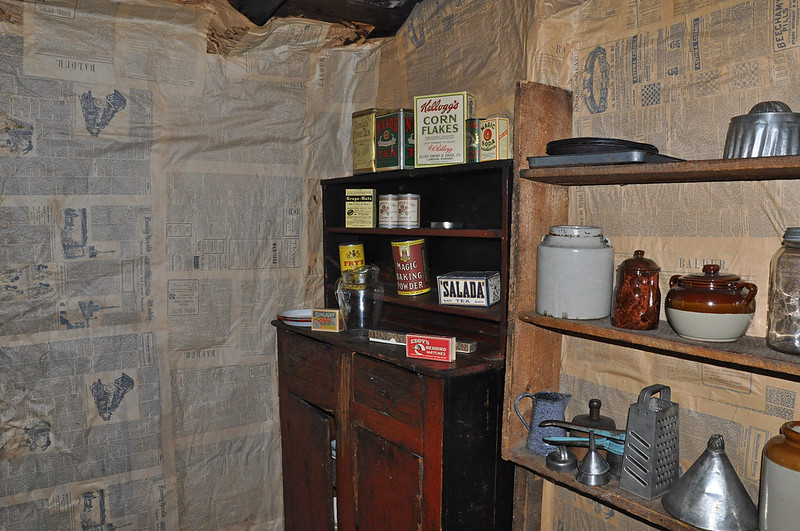 Watch your head as you wander around the house.  While Stephansson was not reported to be a short man, there are many places where you can whack your head even if you are my height.

We enjoyed some fresh baking, chatted with the staff, and then posed for our first official group photo of the tour.  We had the entire place to ourselves.  We wondered how many visitors they would see on a typical weekday visit. 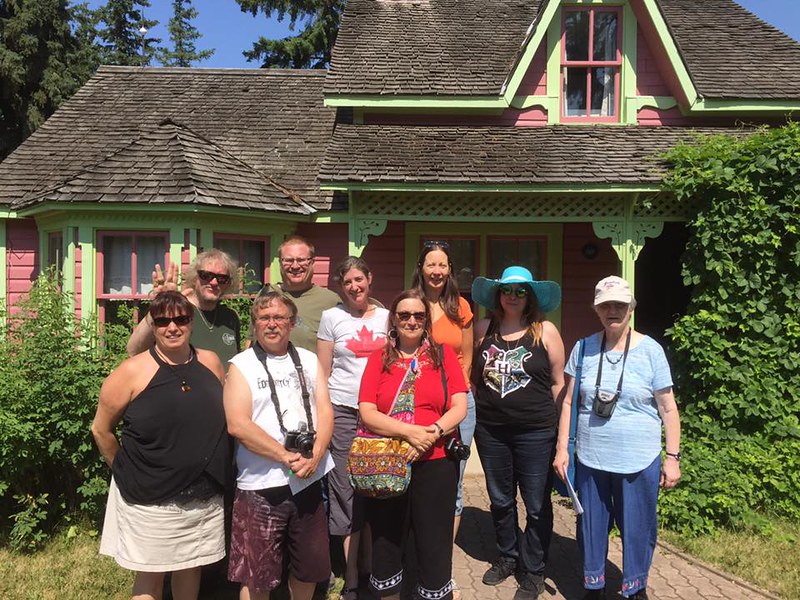 We returned to the parking area and decided this would be a perfect place to break out our lunches.  It was a very hot and sunny day so the tall trees and picnic tables made it a perfect spot to take a break before heading on to our final stop of Day One.