I’m going to take a little detour from the vacation posts and instead talk about Sears.  I’m not interested in discussing what went wrong for the once-mighty retailer in terms of a retail case study, but rather looking at the history of the chain and one store in particular.

The history of Sears in Canada goes back to 1953.  A year before, Canadian retailer Simpson’s created a joint partnership with Sears, Roebuck  and Company from the US.  The result was Simpsons-Sears, which was a fixture on the Canadian retail landscape well into the 1980s.

Any child of a certain age remembers when the Sears Christmas Wish Book would arrive in the mail and then sitting down with a pen and circling all of the toys he/she wanted for Christmas.  Today’s youth will never understand just how magical those days were as building an Amazon wishlist just doesn’t have the same charm.

While those warm memories of childhood remain, I am guilty of not doing my part to keep Sears as a viable company.  Prior to the visit which inspired this post, I think the last time I had been inside a Sears store was in 2012.

Speaking of visiting Sears, that is exactly what Emily and I did last Thursday evening.  Our target was the Sears in located in North Hill Mall.  We had slightly different goals, with Emily’s being to see if there were any great deals as part of the liquidation proceedings and mine was to document the store.

The history of this Sears store goes back to 1958.  North Hill Shopping Centre has the distinction of being the first shopping mall in Calgary.  It was originally constructed as an open-air mall with a canopy covering the area between the stores.  The Simpsons-Sears was a free-standing building located on the east end.  This store remained relatively unchanged, even when the mall underwent a massive renovation in 1973 which converted it into an enclosed shopping centre.  At the time of its construction in 1958, this would have been a very suburban location, whereas today it is practically inner city.  The location has been a target for redevelopment for quite some time, with plans announced back in 2014 that the location was going to be converted into highrise condominiums.

On the evening of our visit, the store was a bit of a disaster inside.  Customers have been rooting through the merchandise like vultures picking over the carcass of a freshly killed deer.  It was very symbolic of how the once-proud pillar of Canadian retail has become a mere shadow of its former self.

While we may make another visit to see what is left when the discounts get deeper, we both realize this may have very well been the last time we ever set foot in a Sears.  The name and the legacy will join other retail legends like Woolworth’s, Kresge, and Eaton’s which have disappeared.

With that, here are some shots from inside Sears: 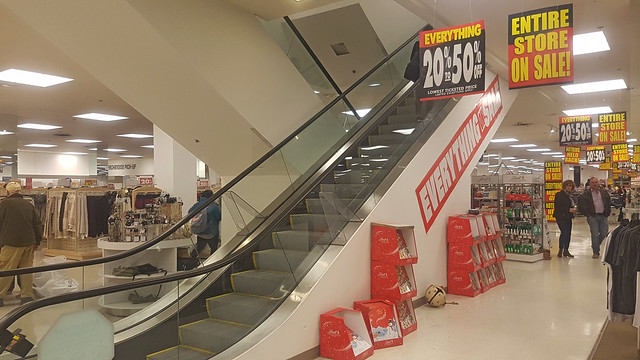 The escalators inside Sears 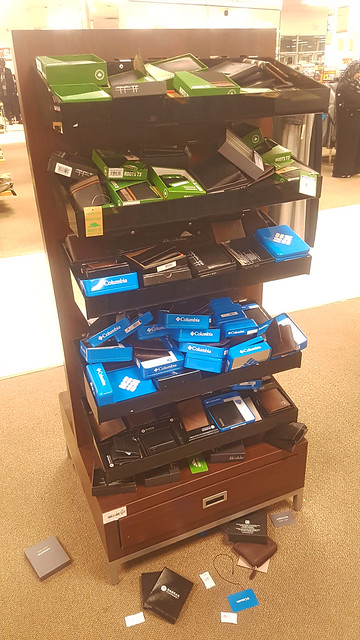 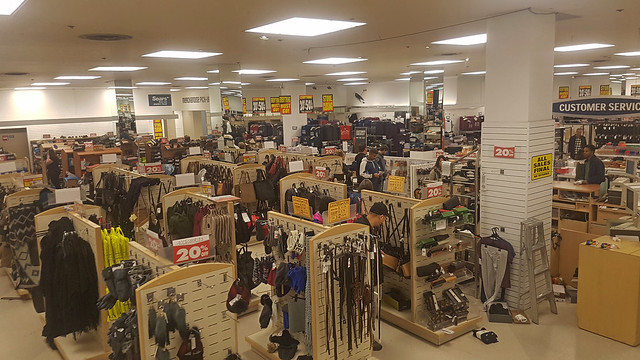 View of the main floor coming down the escalator 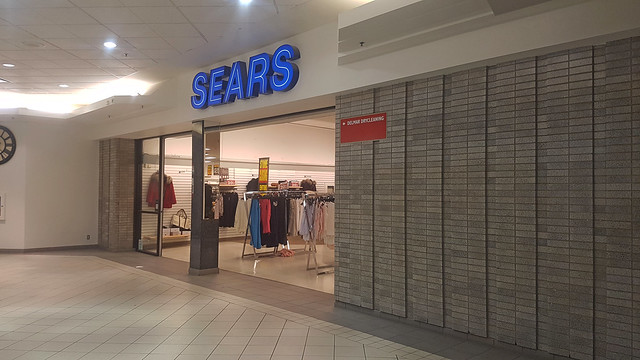 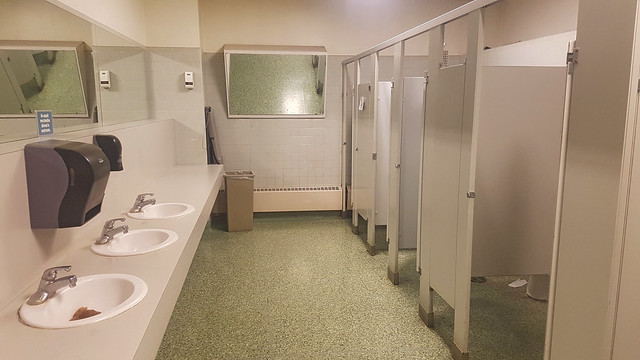 The fixtures may be new, but the tile and colors clearly show the age of this washroom on the second floor 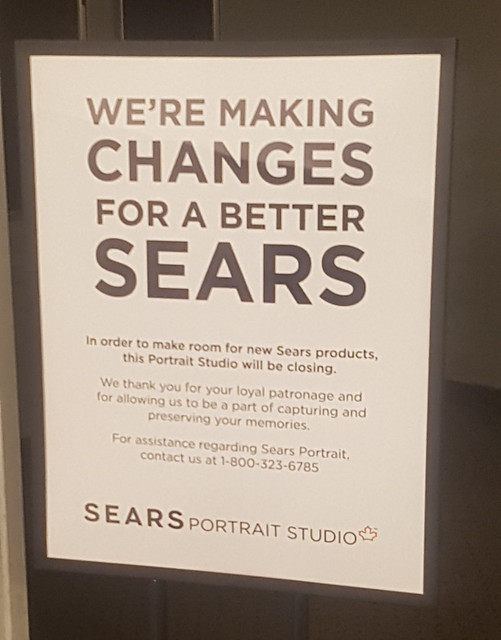 Well, we know how well that worked out, don’t we? 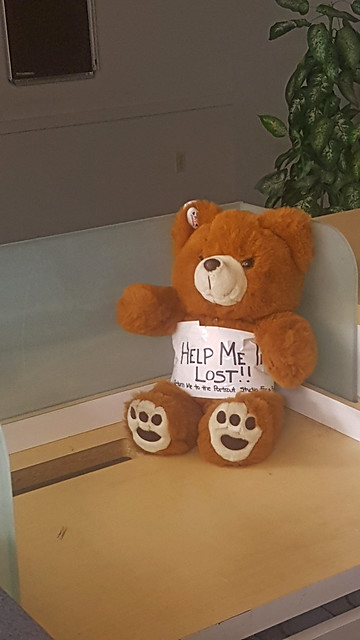 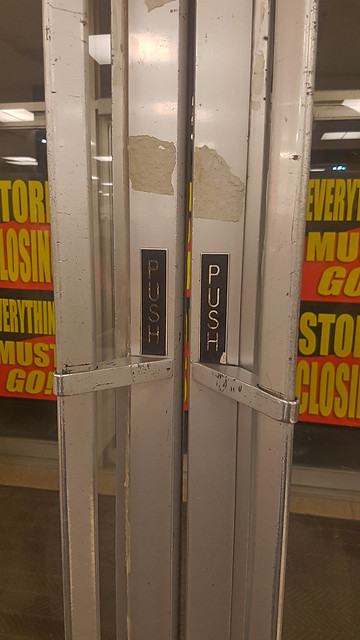 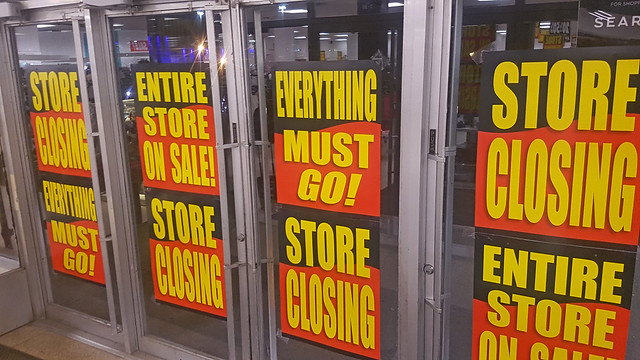