Time for something a little different.

Last weekend we went out for a Sunday drive.  At Emily’s suggestion, we decided to head north on the Forestry Trunk Road / Highway 40 to see if we could spot some of the estimated 800-1000 wild horses which roam the eastern slopes of Alberta.

I guess technically these animals should be classified as “feral” more than wild as they are most likely the descendants of the horses that were used in the early part of the 1900s in logging and mining operations.  However, since most people refer to them as Alberta’s wild horses that is what I shall call them too.

The wild horses can be a bit of a political football, depending on your perspective.  Either they are invasive pests which are ruining grazing lands for ranchers and native wildlife, or they are majestic beasts who have now been around long enough that they are a treasured part of our provincial heritage.  Given that we were out to capture them photographically, you have a pretty good idea which side of that debate I am on.  I’m not here to push an agenda nor start any arguments.

We didn’t really have much of a plan, just a general sense of direction.  Armed with cameras and the drone, we would head up Highway 40 and, depending on time and weather, we would take one of the roads heading east and return home along Highway 22.

The further north we got, the more horse “sign” we saw along the road.  It wasn’t until we left Highway 40 and started along Secondary Road 584 that we finally spotted some of the wild horses. 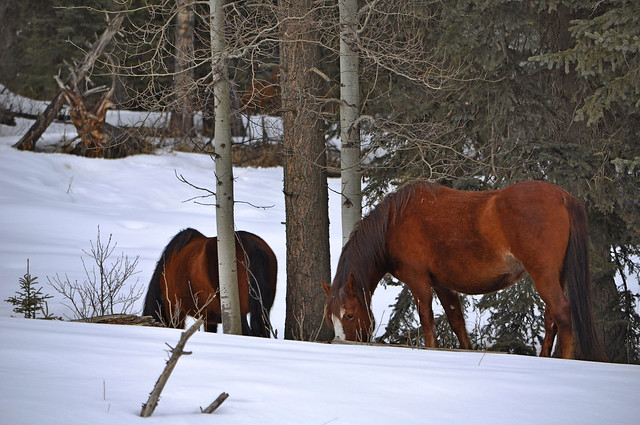 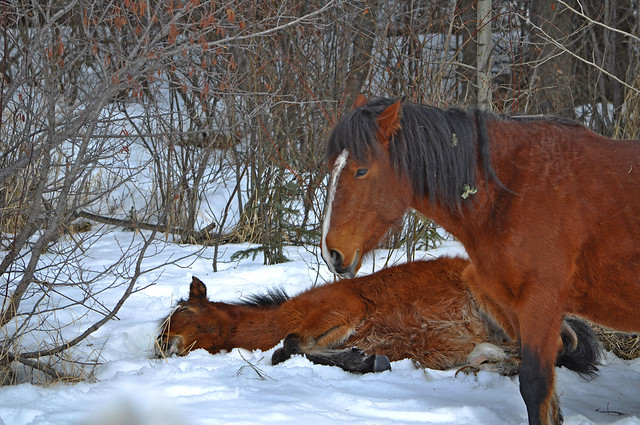 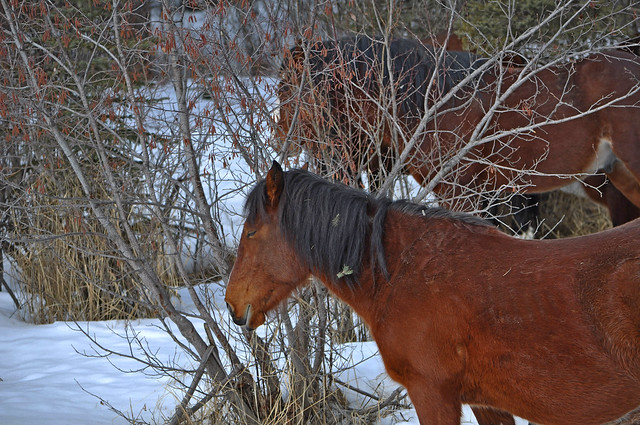 After that, we made a short stop at the community of Bearberry, which is a place I had never been to.  There wasn’t much there besides a rundown looking saloon and a community hall, but it was worth checking out.  We didn’t stop in at the saloon as time was becoming a factor, but it might be worth a visit at some point in the future.

I suggest checking out the Wild Horses of Alberta Society (WHOAS) to see more (and much better!) photos of the horses which roam the area between Sundre and Nordegg.