My former neighbor Don was a Korean War veteran and one of the best storytellers I have ever met. I used to love getting together with him and his wife June to listen to him weave a narrative.

One night over dinner I mentioned that I was getting ready to go to Saskatchewan to attend a Ghost Town Convention — the very first GTC. When Don asked whereabouts it was being held, I mentioned Hallonquist, Saskatchewan. Don’s face lit up and he said “I know exactly where that is; I grew up in a town very close to there called Braddock.”

It didn’t take much convincing to get Don to come out and join us.

On our first day of exploring, we visited his former hometown and he walked around the site with us, stopping at the dilapidated remains of his childhood home.

On the way home, we stopped by the remains of his grandparents’ home. While the house was nothing more than a pile of weather lumber, the rock wall his grandfather built many decades earlier was still there and as straight as ever. 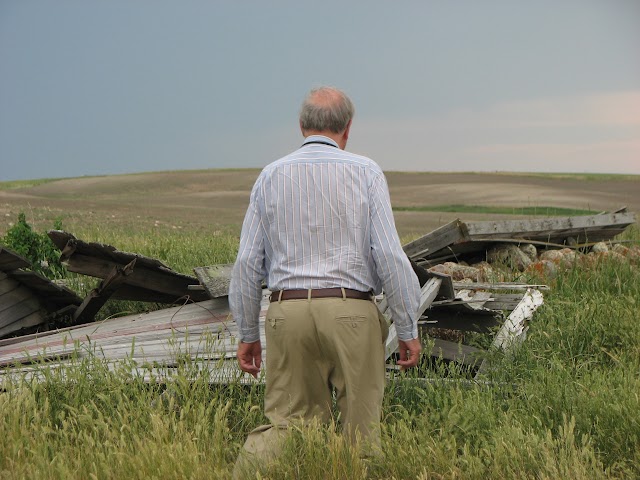 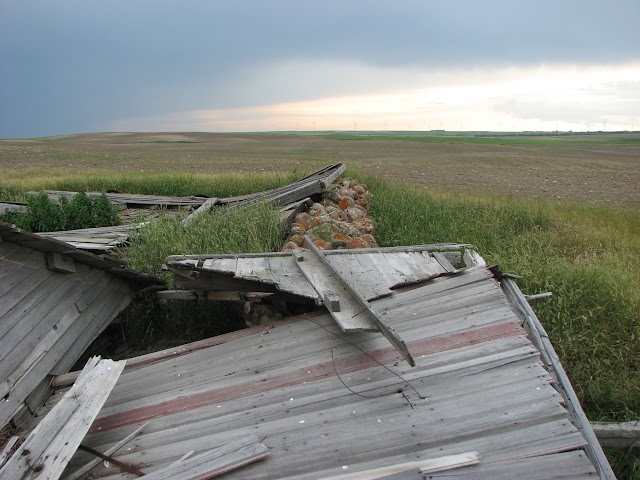 I had some issues with my digital camcorder and some of the video footage was lost, as was some of the audio. In fact, I thought the entire recording was lost for several years until I discovered parts of it could still be played. By putting together some of my still photos from that day over the parts where the original video was lost, I was able to come up with something that is watchable.

Considering this was recorded 13 years ago, the audio and video quality is certainly not up to today’s standard, but the fact this footage remains is remarkable enough for me. I hope you enjoy it.

By the way, if you want to see and hear some of Don’s stories as a tank commander in the Korean War, check out this video: