I have now visited the Cameron Lookout three times, the first in August of 2006, the second in August of 2011, and now again in 2020. After each visit the physical pain dissipates and the memories of the scenery have me making plans for my next visit.

It was on this last trip that I decided I should do more research into the history of this lookout, beyond the basics I have read on other sites. As usual, my main source became the online archives of the Calgary Herald. Those only interested in the trail report can skip down a bit further where I’ll give an overview of the hike itself.

The excellent blog “Hiking With Barry” lists the construction date of the lookout as 1929 and the date of abandonment as 1954. I used that as my baseline.

The first mention in the archives of “Cameron Lookout” comes in 1930. In an article discussing the permit system which is being implemented for those wanting to camp in the Bow River national forest, there is mention that “…his men would again command posts located at Blue Hill, Moose Mountain, Black Rock, Junction Mountain and Cameron Lookout on Mount Burke.” The wording certainly makes it seem as if this was not the first season for manning the station on Mount Burke. This, combined with the lack of any previous mention of the lookout before 1930, seems to imply the 1929 construction date. 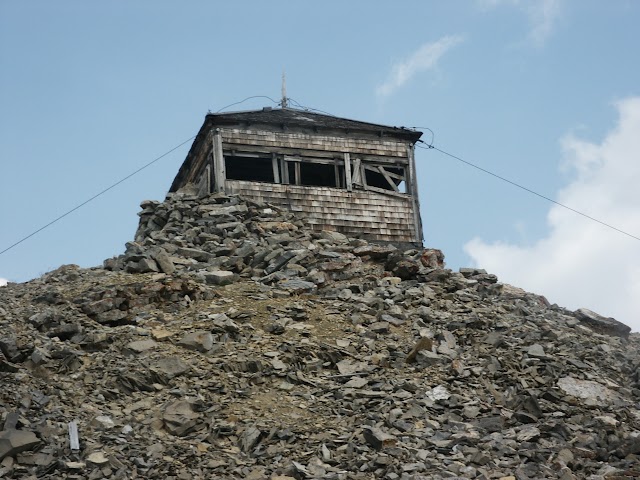 ABOVE AND BELOW: Cameron Lookout in August 2006 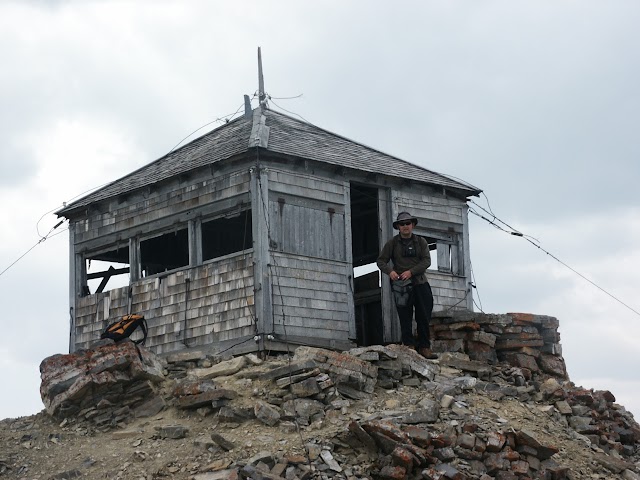 Further evidence comes from Alberta Historic Places, which also lists the construction date as 1929, although no source is cited. They do show a great picture of supplies being packed in to the lookout. I wish I had seen the photo before doing the hike as it would have made for a great “then and now” opportunity.

The next reference I found came in 1937 in an article by Brian Burke, who sounds like a rancher in the area — perhaps a relative of Denis Burke, the namesake of the mountain upon which the lookout sits? This article says the cabin was built in 1930. Whether you subscribe to the 1929 or 1930 date, the really interesting part comes in the description of the lookout as it was in 1937.

“Wooden shutters protect three-feet high windows, which run the full length of the west, south and east walls. In the centre of the cabin is a two-foot square table, with a map of the district.”

“A telephone line connects the lookout with Pekisko Cabin and all stations in the Bow River Forest Reserve.”

“Water, fuel for the gasoline stove, and all supplies are packed up once a week by the ranger at Pekisko Cabin, who takes his pack ponies right to the top of the mountain.”

In my quick research, I was not able to find any firsthand sources confirming the 1954 closing date. 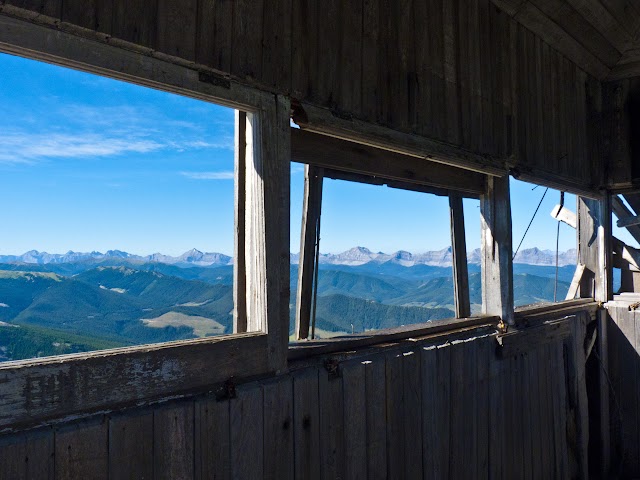 The approach to Mount Burke has changed since the last time I did the summit. You used to start at the parking lot outside of Cataract Creek campground and follow the path along Salter Creek where you would find a stone cairn marking the “packers trail” which was the route used by the construction crew and supply teams.

The floods of 2013 apparently wiped out much of the old approach. The new approach involves following a cutline almost immediately upon leaving the parking area. This straight approach reduced the distance a little but adds a fairly significant hill which must be climbed up and over. It doesn’t seem like much at the start of the day when your legs are fresh, but on the way home this hill was the cause of much cursing.

The cutline intersects with the original trail while still in the forested section. Just keep following the switchbacks up the mountain. The trees will get thinner, the views will open up, and the ground becomes more rocky.

You will reach the ridge, which is my favorite part of the hike. In the Brian Burke article I referenced above, he calls it “the Hog’s Back” and describes it as “…about 50 feet long and four feet wide, with sheer drops on each side…” I’m not big on exposure but I do not find this section difficult to navigate, although a mistake here could be costly. It is the most technical section of the hike but even it does not require the use of hands to traverse. 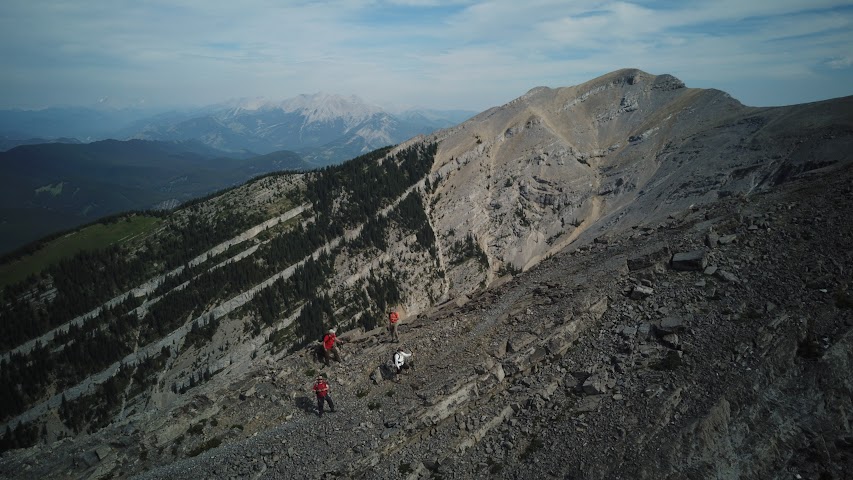 After crossing the Hog’s Back (I’ve never heard it called that before but I like it better than “the ridge section”) you simply grind it out up the screen and talus to the lookout. The trail is well marked the entire way and getting lost would be difficult.

I’m not in very good shape and there were plenty of rest breaks along the way. The ascent took four hours and the trip down took about three. Round trip distance was 12.5km. You can watch the video below to see how the hike played out for me:

4 Responses to The Abandoned Cameron Fire Lookout on Mount Burke