We’re nearing the end of our Central Alberta Museum Tour posts with a visit to Meeting Creek.

This was my second visit to Meeting Creek.  The last time I was here there was a wedding taking place and so I wasn’t able to get a good look inside the train station.  Initially it appeared we weren’t going to be able to get in this time either, because our visit coincided with Hobo Day at the Camrose Heritage Railway Station and they didn’t think they would have anyone available to meet us in Meeting Creek to open things up.

It was a great surprise when I received an email from their Managing Director, Norm Prestage saying he found a couple who could meet us and let us in.  Wow, that was a great bonus for us! 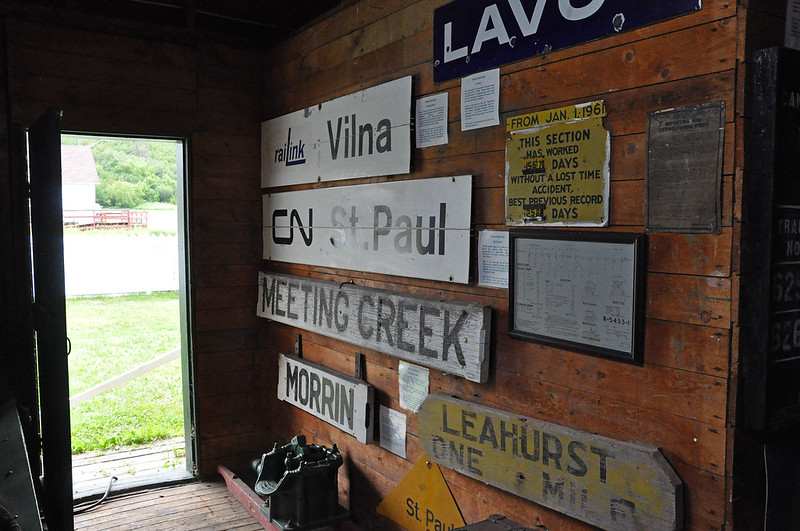 Meeting Creek Railway Station was built for the Canadian Northern Railway in 1913.  This was a Third Class depot.  Apparently the CNoR built 36 depots of the same layout/plan in Alberta but only four remained as of 2006.1

While we were hoping we would be able to get inside the elevator, no one was able to locate keys, so we had to settle for viewing them from the outside.  According to our friends at BigDoer.com, the elevator painted in Alberta Pacific Grain style is from 1918 and the “Vertical Payne” elevator was built in either 1915 or 1935.2 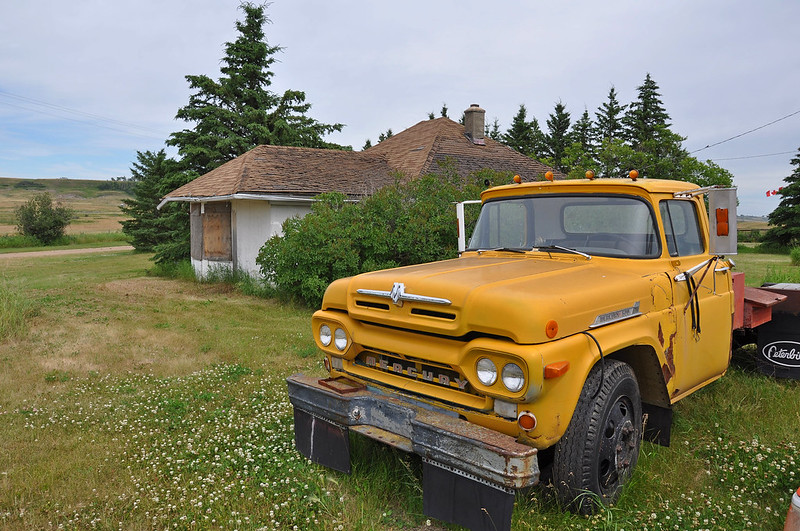 Meeting Creek was a great place to get the drone up in the air and capture some aerial footage of the elevators and train station.