I originally thought this post was going to be more video-based but I failed to capture enough footage to make any sort of compelling video.  So, instead, it becomes another blog post with some photos.

We stumbled across this museum by accident.  At least it was an accident in terms of planning on visiting it.  We were driving through Camrose and saw the signs on the road and decided we should take a few minutes and visit.  It was already getting late into the afternoon and we still needed to get home to release the dog before his bladder exploded.

The Camrose Heritage Railway Station and Park is run by the Canadian Northern Society.  We are well aware of this group thanks to previous visits to Big Valley and Meeting Creek.  In fact, the group was very accommodating to us and made a special effort to get someone to Meeting Creek to let us into the railway station there as part of the Central Alberta Museum Tour 2017.  I’ll link to my YouTube videos of those places down below at the end of the post. 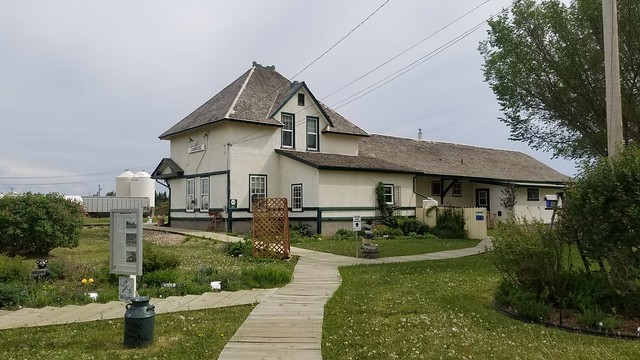 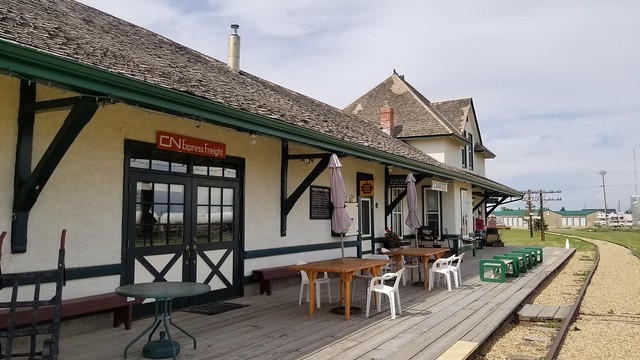 The main museum is housed inside the 1911 Canadian Northern Railway station.  This is not the original location of the station, as it was originally located a bit east of the main town core but it was moved here in the early 1990s prior to becoming a museum.

The museum grounds also house the Morgan Garden Railway, a G-scale railway which contains models of a number of familiar sights, including the aforementioned Meeting Creek and Big Valley. 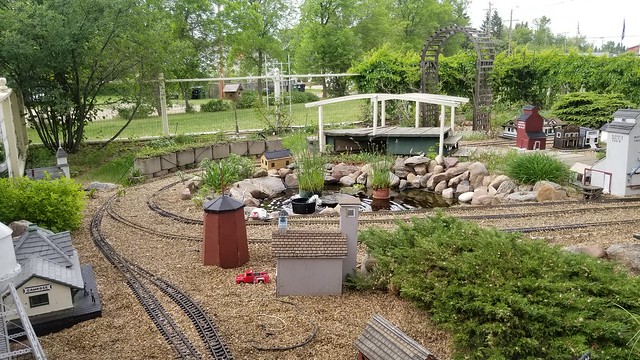 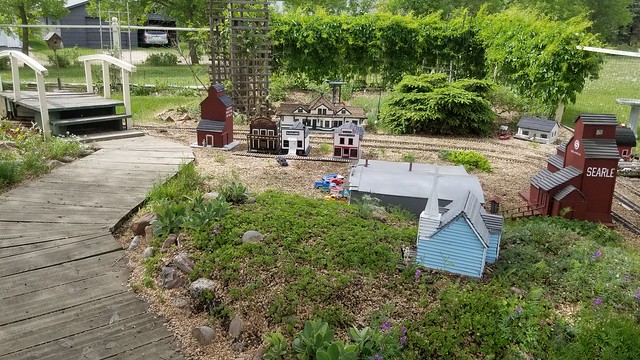 In addition, there are a number of smaller buildings on the grounds as well.  These include a watchmen’s shed, which was originally a passenger shelter as well as a railway bunkhouse.  Each building contains photos and artifacts which highlight the railway history of the area.  Camrose was an important railway hub for the area, with both Canadian Northern and Canadian Pacific running lines into the town.

Back inside the main museum, there is the White Elephant Gift Shop which is stocked with various items donated by the community to the museum.  Proceeds from the sales go to supporting the Society and their efforts.  We bought a couple of small things.

I feel like this place deserves a far better write-up than I am giving them but, as I mentioned above, this was an unplanned stop and a brief visit.  We’ll be sure to check them out again at some point when we have more time to do a proper visit.

Here are the links to my videos from Big Valley and Meeting Creek.