It would be hard to forget the first time we stumbled across Dankin.  Emily and I were making the drive to Saskatoon and, as always, trying to take a creative route to get there.  We were making our way northeast up Highway 21 in July of 2015 when we spotted something on the horizon.

A short detour followed.  If you were to plot a graph of our excitement versus proximity, it would show an exponential curve.  At first we were simply intrigued because there were two elevators standing together.  With the rapid decline of grain elevators on the Canadian prairies, seeing one is becoming a novelty but seeing two?  While not quite in “unicorn territory”, it is getting that way.

As we got closer, we could tell the elevators were in poor condition.  Now, don’t get me wrong here.  We love grain elevators and love to see them either in use or well preserved.  However, elevators showing their age tend to be more photogenic.  Excitement level was rapidly rising.

Then, it happened.  “Oh.  My.  God.  I think they’re abandoned!”  This was simply too much to have hoped for.  A beautiful sunny day with a few clouds in the sky.  Two abandoned grain elevators set against the fields of green and the blue of the endless Saskatchewan sun.  I don’t remember if we had a schedule to keep that day or not, but all bets were now off — we simply had to get closer and check them out.

We reached the point where the train tracks crossed the grid road and stopped.  Opting not to take any chances on the narrow dirt path leading to the elevators, we parked the Kia just off to the side of the road and walked in.

The elevators were certainly not in good shape.  They were open to the elements and featured faded paint and peeling siding.  With doors and windows missing, we knew that all the enemies of historic buildings (birds, rain, snow, vandals) would be having their way with these gems.  Documenting these gems became of utmost importance. 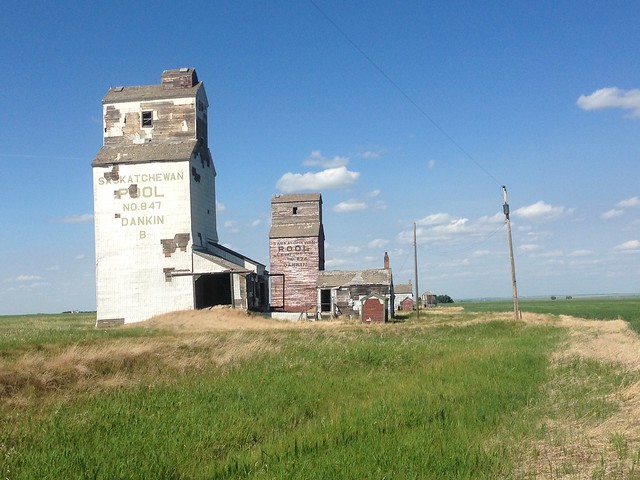 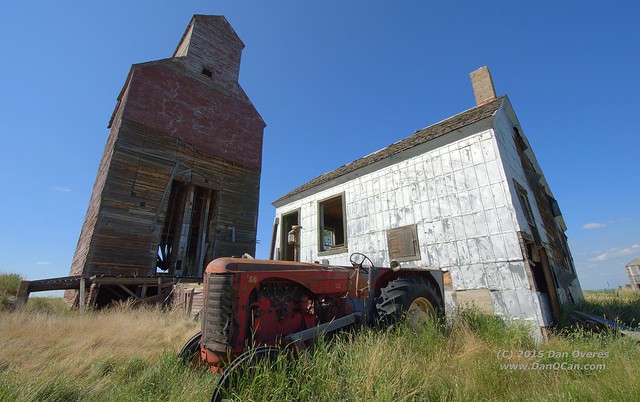 This photogenic tractor was gone by the time we returned in 2017. 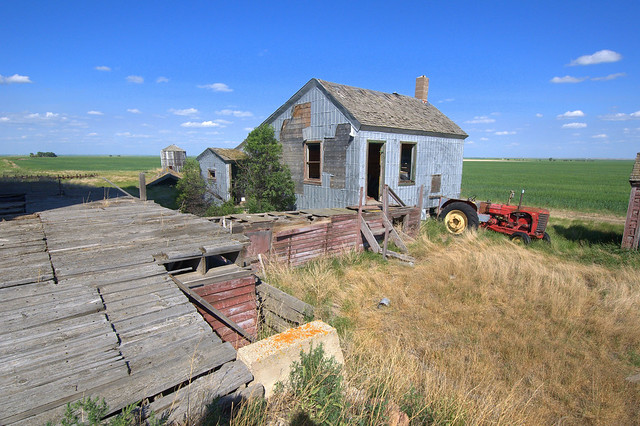 The remains of the driveway and office of Dankin A 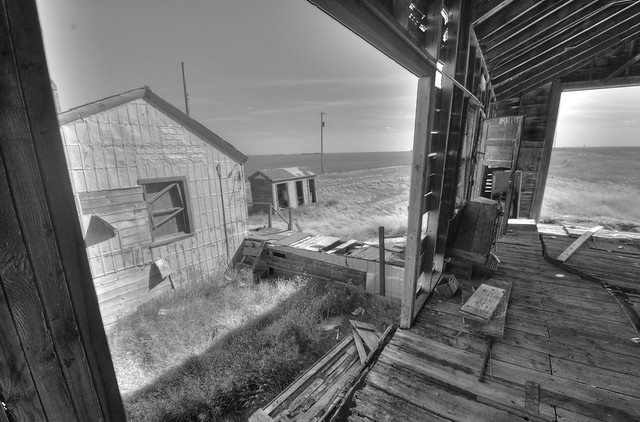 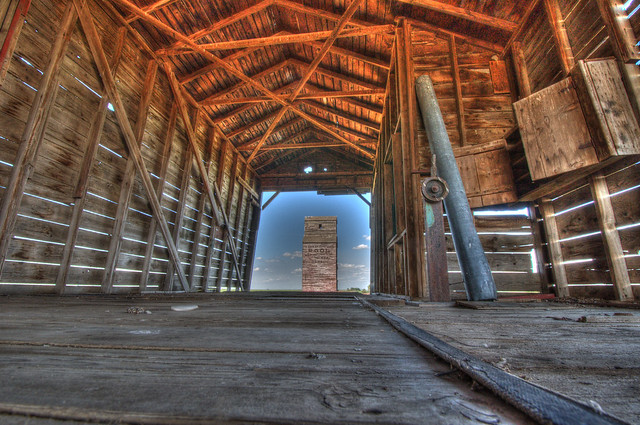 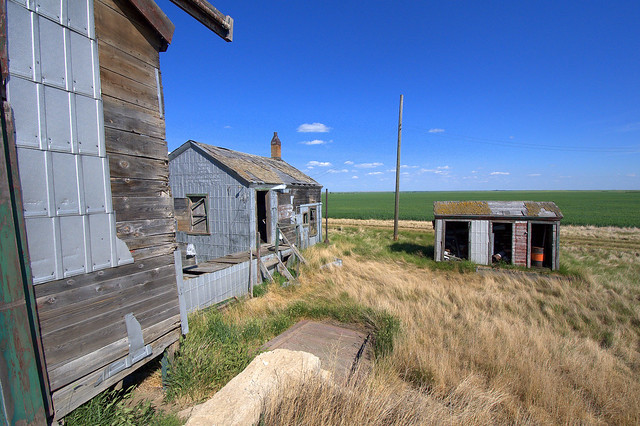 It would be more than two-and-a-half years before we would get back to Dankin again.

Our second trip was in December of 2017.  We had learned through the various abandoned places groups we follow online that a storm had severely damaged the red “Dankin A” elevator.  While we didn’t have time on our way to Saskatoon to stop, we made a special effort on the way home to head south from Rosetown to see the damage for ourselves.

Sure enough, the whole northern side of the western shoulder of Dankin A was ripped off, exposing the inside.  While it made for a great chance to see parts of the elevator we wouldn’t otherwise get to see without risking our lives to climb inside, it certainly would appear to be the death knell for this giant.  These two have defied the odds to last this long as it is.

You can see the damage for yourself in the video here:

Before the last vestiges of Dankin disappear from the landscape entirely, I felt I should learn a bit more about this place.  From the searching I have done, it doesn’t seem like Dankin was ever much more than a dot on the map and a stopping point for grain farmers.  From the air, there was no evidence of a townsite grid, although the cultivated land on either side of the tracks would have removed all traces of it anyway.

Apparently the name “Dankin” came from combining the last names of Bob Daniels and Bill King, who were early settlers in the region.

I enlisted the assistance of elevator expert and our friend Jim Pearson to learn more about the two elevators.  “Dankin B” is the older of the two elevators, having been built in 1927 by the United Grain Growers with a capacity of 30,000 bushels.  It became part of the Saskatchewan Wheat Pool in 1955 as “Sask Pool No. 847”.

The other elevator was built in 1928 with a capacity of 35,000 bushels.  It was Sask Pool No. 834.  Both elevators were closed in 1975 and have presumably been left to rot ever since.  These elevators have been essentially abandoned almost as long as they were ever in use.