Searching for the Lousana Grain Elevator

According to research done by our late friend Jim Pearson, there are five Alberta Pacific Grain elevators remaining in the province of Alberta. The company itself disappeared (was bought out) in 1967 so it isn’t surprising there aren’t many examples left for us to see.

I had never given it much thought, but one day I realized we have visited four of the five elevators over the course of our travels. Two are owned and maintained by museums (Castor and Meeting Creek), one is privately owned by a local Hutterite colony (Rayley) and the fourth is abandoned and endangered (Dorothy).

The fifth? It apparently is the newest of the remaining five, having been built in 1928. It stood in the hamlet of Lousana up until 1973 when it was moved to a private farm east of the town.

Lousana itself is a small settlement, counting less than sixty people according to the 2016 census. The Grand Trunk Pacific Railway came through the area around 1912 and local settler William Henry Biggs sold some of his land for purposes of establishing a town. Biggs was from Missouri and he suggested they name the new town for Louisiana, Missouri. The postal service eventually decided to name it Lousana instead.1 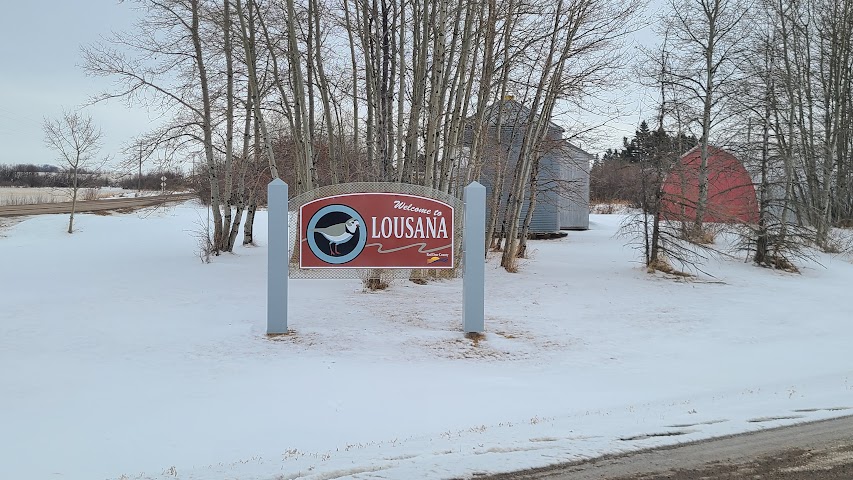 After taking a quick drive around the town of Lousana, we ventured east of town to see if we could spot the former Lousana grain elevator. It wasn’t hard, for even in this part of the province with a more rolling landscape than around home, we could see the elevator off in the distance for several kilometres.

Being on private property, we could not get close to it nor could we put the drone up in the air to get photos that way. We opted to stay on the public road and capture some images from there. Once we get in the Spring/Summer planting season we might need to make a drive out to On Earth Greenhouses so we can buy some plants and get a closer look. 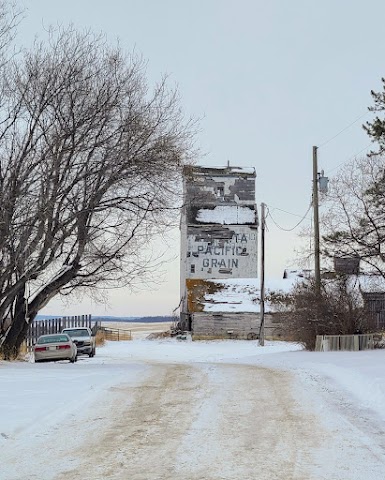 ABOVE AND BELOW: The former Lousana grain elevator now stands on private property east of the town. Photo taken February 28, 2022.

So, there we have it — we have completed the pentafecta (Is there actually an equivalent to ‘trifecta’ but referring to five achievements instead of three?) of Alberta Pacific Grain elevators. Unless, of course, someone out there knows of more that we have missed. If so, please update me in the comments and we might just have another road trip to complete.

Below you will find our video of our road trip:

And, finally, here are photos of the other four Alberta Pacific Grain elevators we have visited across the province. 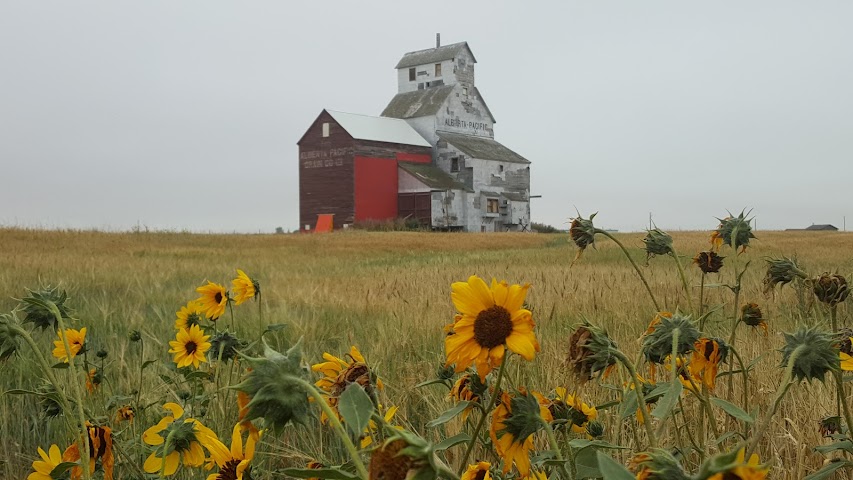 ABOVE: Rayley, Alberta as seen in August of 2016. Reportedly the oldest grain elevator in Alberta, built in 1905. 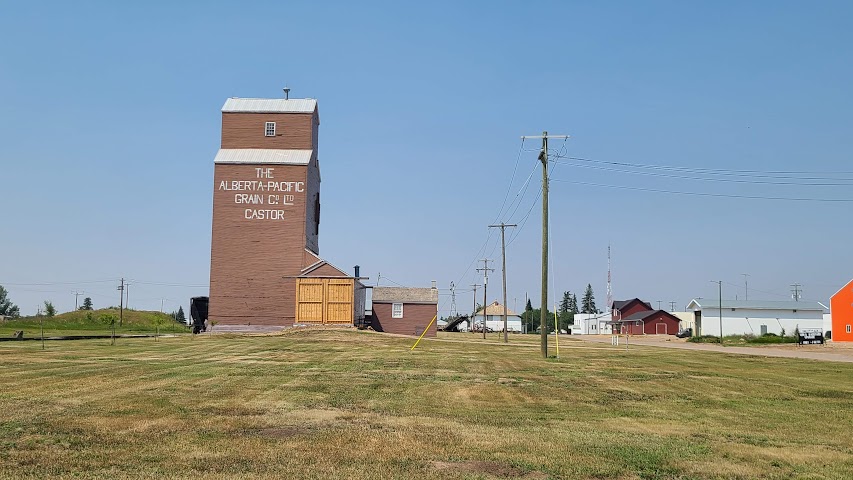 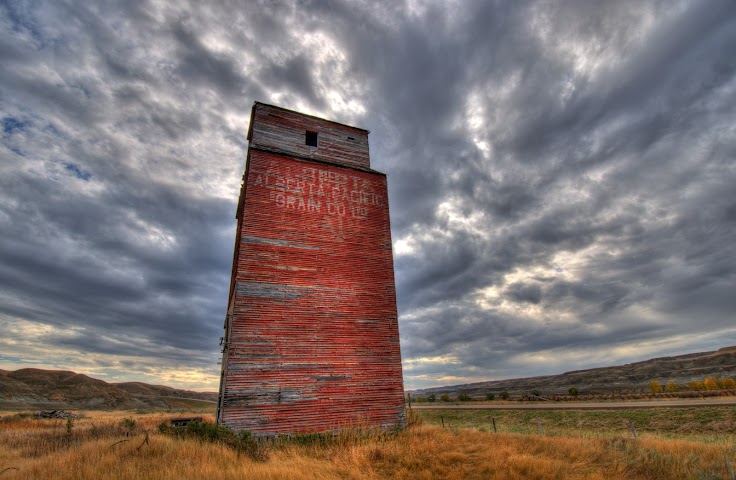 ABOVE: The 1920s-era grain elevator at Dorothy, Alberta as seen in September of 2012. The roof of the elevator was ripped off in a windstorm on July 22, 2015 and it is one of the most endangered abandoned sites in the province. 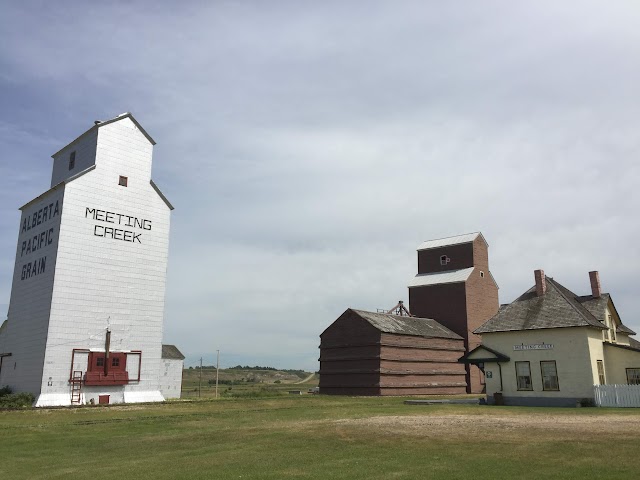 ABOVE: The Alberta Pacific Grain elevator (left) in Meeting Creek was built circa 1917 and is maintained by the Canadian Northern Society. Photo taken July of 2017.

5 Responses to Searching for the Lousana Grain Elevator