There are some places that just keep you calling you back, time and time again. Sharples is one of those for me.

For me, one visit sticks out in my mind. It was the cold January night in 2010 when my friend Miles and I went out to shoot it in the dark. As we were setting up to take photos, a couple of drunk fellows came driving down the road and stopped to see what we were up to. They told us we should have been there in the summer because they got some ladies drunk and got them to pose for some nude photos on the ladder next to the elevator leg. Yes, this is a very rural location and you meet all types of people out here. 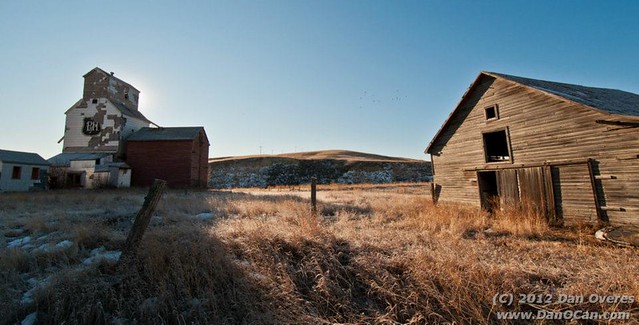 Photo from a visit in the Spring of 2012

It was on a visit in 2012 where I discovered the elevator had been chained up and locked and was now posted as No Trespassing. In keeping with the spirit of respectful rural exploration, I haven’t been back inside the elevator since. 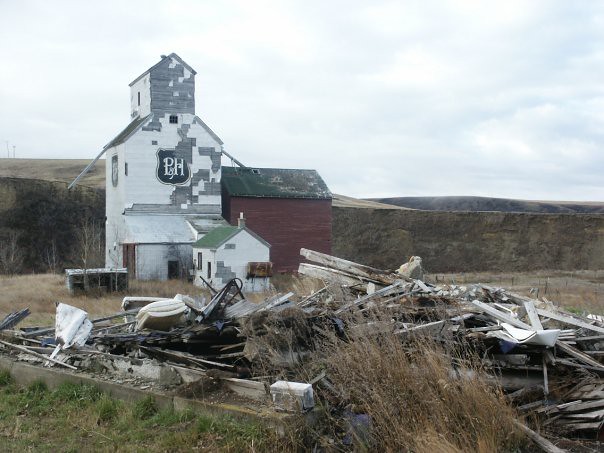 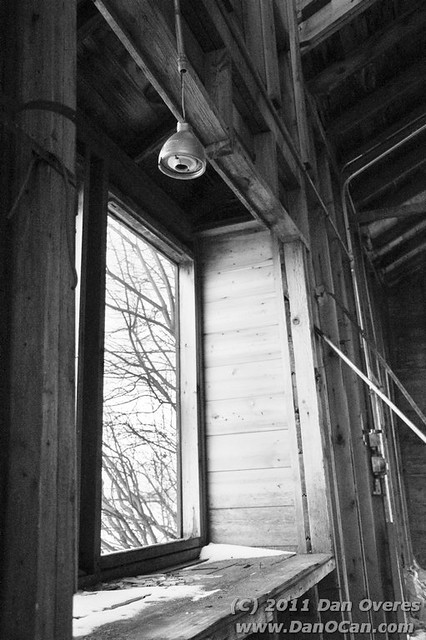 Inside the Sharples elevator driveway in 2011, before the elevator was locked and posted as No Trespassing 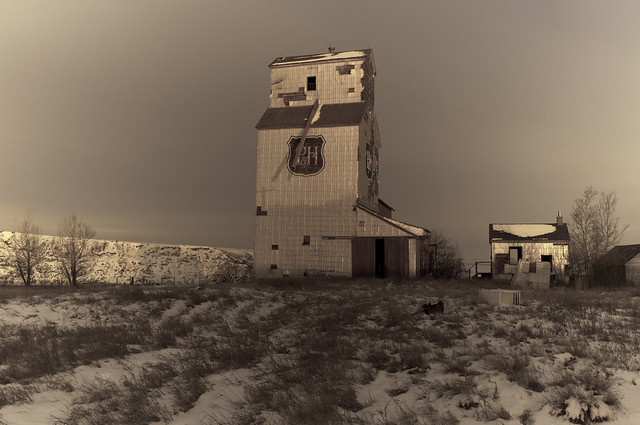 The elevator was built in 1923 by Parrish and Heimbecker along a CPR spur line which ran from Acme to Drumheller. The original railbed is still very visible today, and is one of the shots I highlight in my video (see below). To the west of the elevator there remains some bridge pilings where the line once crossed over the creek, also visible in the video.

The original elevator had a capacity of 30,000 bushels. The elevator used to have two annexes, both built in the early 1940s. The one on west still remains and added seven bins with a capacity of 26,000 bushels. The east annex has been torn down (date unknown) but the concrete foundations are still visible, as is the connecting pipe which used to lead to this smaller (14,000 bushel) annex.

Sharples once had a second elevator. It was built in 1927 by the Alberta Pacific Grain Company and was later owned by the Alberta Wheat Pool. When the railway line was closed in 1982, the AWP opted to demolish their elevator whereas P&H sold their’s into private hands. Anyone have photos of the second elevator in their collection?

So, all that remains is to check out the famous Sharples elevator from the air: