Just in case you need a break from the series of CAMT posts, or you think all we do is drive around the province looking at historical sites, here is a change of pace for you.

On Saturday, July 29, we met up with our friends Dale and Janice and set out for a hike to Ribbon Falls in Kananaskis Country.  In addition to the four of us, we were accompanied by our dogs Tucker and Jasper.

The forecast was for it to be a hot day so I picked this hike expecting it would be fairly well-shaded and would offer plenty of water along the way for the dogs.  I also knew it would be a crowded trail so I felt that should help avoid any bears in the area.

This was my second time up the trail to the falls, the last time being in 2009 prior to the floods of 2013.

The trailhead is at the Ribbon Creek Day Use area near Kananaskis Village.

I was surprised at how much the trail and creek have been altered since the floods.  In different places along the early stages of the hike, you can see where the old trail used to go as well as the remains of some of the old bridges and things.  Lots of flood debris line the way.

The trail is easy to follow and is signed in strategic locations so you shouldn’t get lost easily.  It is a very well-used trail so there is almost always going to be someone around if something goes wrong.

That said, this is a backcountry hike and you should be prepared.  This means lots of water, proper footwear, bear spray, and basic first aid supplies.  On a hot day like we experienced, water was a necessity and, while the creek is useful for dipping your hat and cooling off, you don’t want to take a chance and drink from it unfiltered.

There are a number of small waterfalls along the way and so you always feel like there is something worth seeing.  The higher up the valley you get, the more the views open up and you get to see Mount Kidd to the south and Mount Bogart to the north.

Bicycles are allowed on roughly the first four kilometers of the trail.  Bike racks are provided so you can lock up your ride at that point if you choose to carry on.

Your eventual destination is Ribbon Falls and the Ribbon Falls Backcountry Camp.  Don’t rely on Google Maps for navigation as it doesn’t show the trail for some reason and instead will attempt to route you down to Galtea and up and over Guinn’s Pass.  That’s a wee bit more than a day hike.

It is about a 10 or 11 km round trip into the falls, meaning you are looking at about 20-22km round trip.  My proper GPS wasn’t fully charged and died on the way up and my phone was having problem getting signal in some sections so your mileage will literally vary.  Elevation gain is gentle and totals around 300m or so.  This is a very accessible hike for anyone in decent shape, but it does take a few hours to cover that much distance, unless you are one of the insane people we saw running the trail. 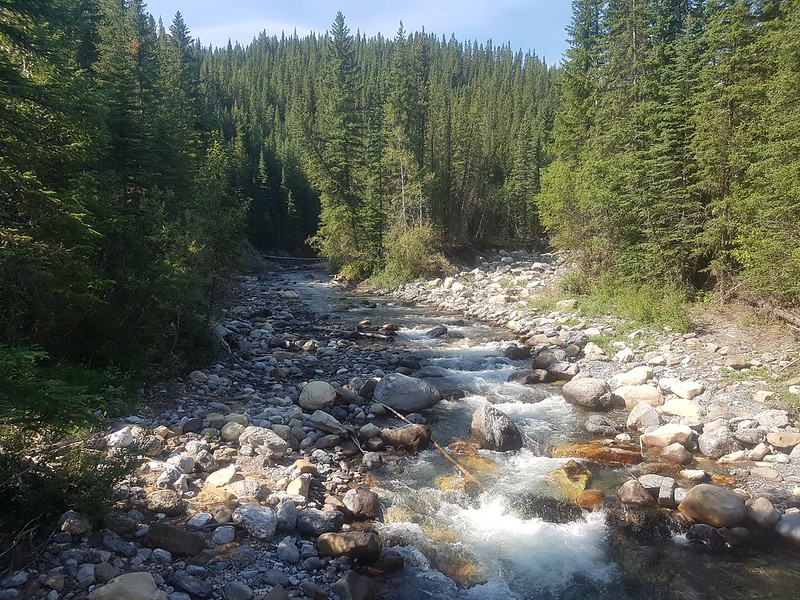 Ribbon Creek near the start of the hike 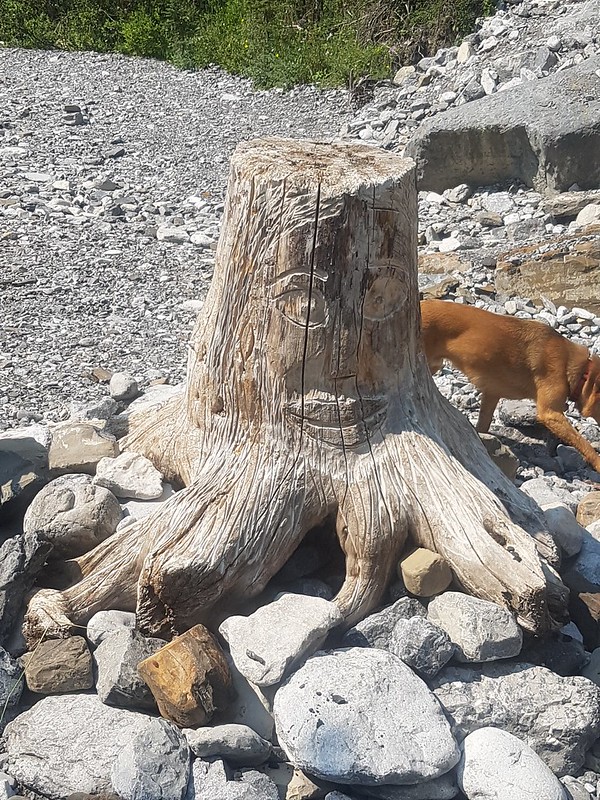 Someone has done some wood carving near the bike racks 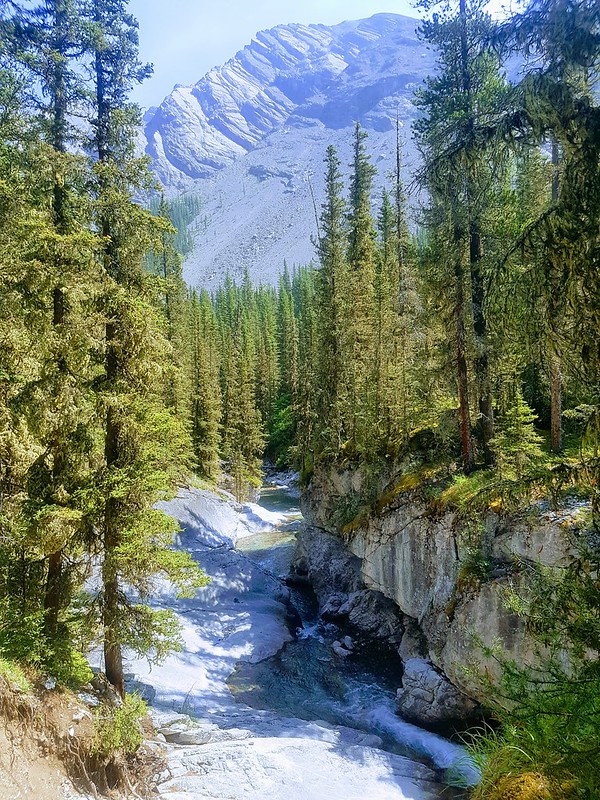 Another shot of Ribbon Creek 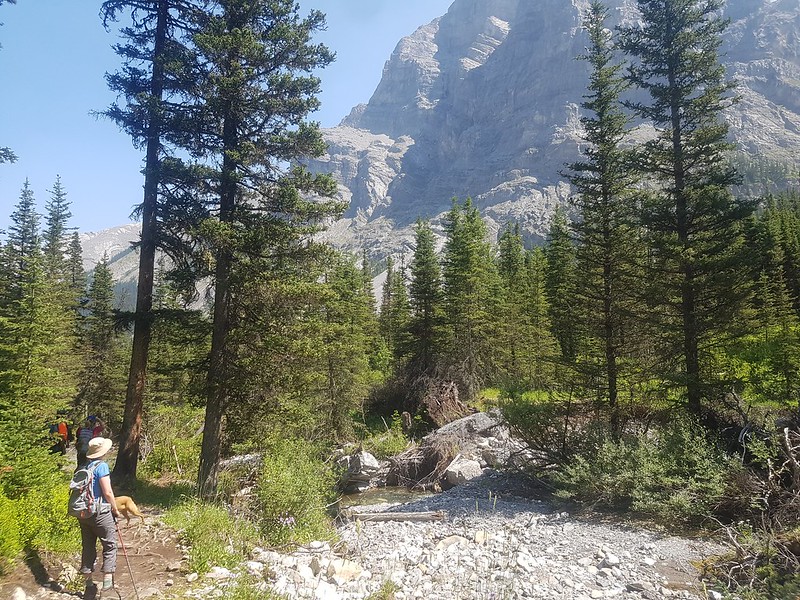 Take time to admire the views 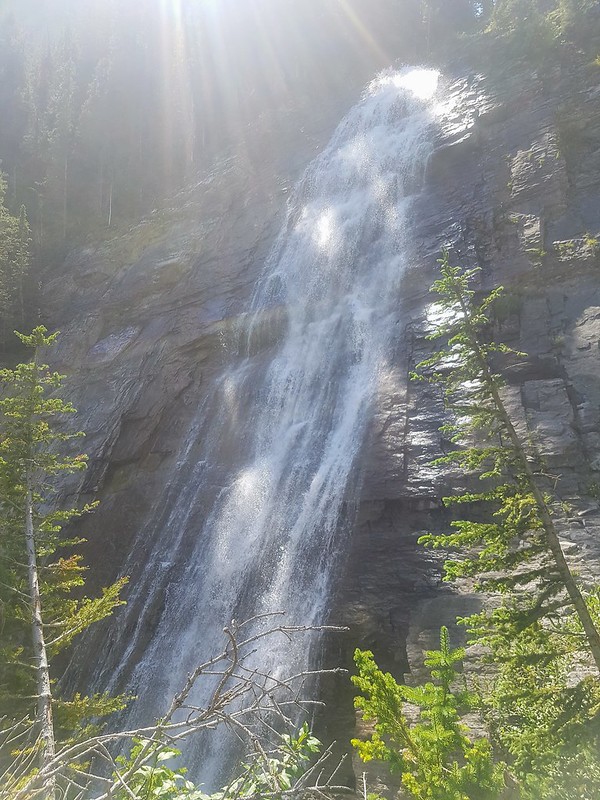